An interview with Rodger Kamenetz by Marc Katz, Special To The Dayton Jewish Observer

Twenty years since its publication, Rodger Kamenetz’s The Jew in the Lotus has had more than 35 printings, was the subject of a movie, and is a staple on college religion department book lists.

Yet after it was written, the book sat for almost a year as its West Coast publisher wondered if it would be accepted or rejected by Jews, Buddhists or anyone else.

“It’s become an honored text, even if not everyone has read its messages,” Kamenetz said.

“Some people have read about it and know about it,” he said in a phone interview from his New Orleans home. “To some, it’s news. It’s (about) the ways in which two traditions can learn from each other.”

Kamenetz will talk about The Jew in the Lotus in one of two lectures he’ll give at Wright State as part of the Ryterband Symposium on Nov. 17.

The Dalai Lama invited a wide range of rabbis to Dharamsala, India in October 1990 to discuss Jewish survival in the Diaspora. The Chinese exiled the Dalai Lama and his Buddhist followers from their native Tibet in 1959; they’ve lived in India ever since.

Originally, he was invited to sit in on the discussions almost as an afterthought, when the organizer of the trip, a friend, had another writer cancel at the last moment.

“I was a nobody,” Kamenetz said. “I had no part in the dialog. I was just an observer. I think some of the people in the dialog who were ‘somebody’ were surprised when the book came out. They didn’t realize how powerful it would be.

Kamenetz not only had his notes and recordings, he was able to look at video of the conference, which lasted about 10 days.

A poet, writer, teacher and practitioner of archetypal dreamwork, Kamenetz is notable for several facets of his professional life, but The Jew in the Lotus remains his most popular work.

His sequel, Stalking Elijah, won a National Jewish Book Award for Jewish thought. He has also written The Lowercase Jew (2003), The History of Last Night’s Dream (2007), Burnt Books (2010) — a dual biography of Franz Kafka and Rabbi Nachman of Breslov, in which each asks a best friend to burn his books when they die — as well as To Die Next to You (2013).

All this from a scholar who left high school before graduation to enter Yale at 16: not only did he earn a degree from that Ivy League school, but Stanford and Johns Hopkins as well.

Kamenetz said he was desperate to get out of high school, although he didn’t exactly say why. He began to write poetry when he was 14 to 15, but said, “everyone writes poetry when they’re young.”

He keeps up the self deprecation, saying he was going to major in English and math, but math classes were in the morning, and he wanted to sleep later.

His first book, The Missing Jew, a compilation of his poetry, was influenced by a grandfather who had died, and a Talmud translation given to him by a friend. He said poet Charles Reznikoff influenced his work.

Now a retired professor with Louisiana State, Kamenetz is writing more books, poetry, and some songs. He works in groups or privately with people to help them understand their dreams, and searches for things Jewish.

“I guess I could have spent the rest of my life talking about The Jew in the Lotus,” Kamenetz said. “But I didn’t want to do that. I’m a Jewish scout. I’m always on the borders looking for new things. We’re all Orthodox Jews; some of us (just) do more mitzvahs.”

Economic development at top of consul's agenda for visit 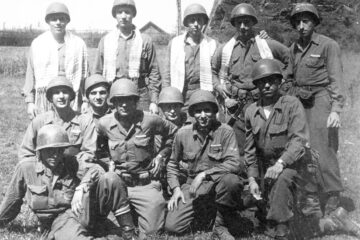