By Miriam Karp, Special To The Dayton Jewish Observer

To celebrate its 45th anniversary, DCDC will present world premieres at its Feb. 8 and 9 performances from three choreographers: Donald Byrd, who received a Tony nomination for The Color Purple; Ray Mercer, who choreographed The Lion King for Broadway; and Israeli Ronen Koresh, artistic director of the Koresh Dance Company in Philadelphia.

A sabra, (native-born Israeli), Koresh’s early dance influences came from his mother, a folk dancer in the Yemenite tradition. Koresh trained with her, as well as with a Tel Aviv folk group. He also studied with great Israeli dancers, eventually joining the Martha Graham Batsheva 2 Dance Company.

Koresh continued his dance training while he served for three years in Israel’s army. In 1983, he came to the United States and trained with the Alvin Ailey American Dance Theatre. In 1991, he formed his own company in Philadelphia.

He has also served on the faculty of The University of the Arts in Philadelphia since 1986.

He says he’s had a long-standing admiration for DCDC. “I’ve known about them for many years, since I came to the U.S. I met Jeraldyne Blunden, the founder, many years ago, when I was in Dayton. We talked, and I showed her my material. She passed away before we could work together. Years later, I received a phone call from Debbie Blunden-Diggs, the current artistic director of the company. She invited me to join this program and I was honored.”

He describes his work as internal, an expression of an idea or state of mind.

“It’s not based on a technique,” Koresh says. “Technique is a tool to help the dancers more eloquently express an inner idea. The focus is less on them as a dancer, and more on the person, a human being who can dance.”

He worked with DCDC’s dancers on his new piece for eight days.

“I gave them my vocabulary,” Koresh says. “They express the feelings that are already in them, through this vocabulary. They are very hard working and talented — so kind, so generous, from the top down, throughout the whole company. Not every place gives you the freedom, without any limitations, to allow you to be the artist you can be. It was a fantastic experience. The dream of a choreographer.”

Both the Koresh Dance Company and DCDC bring the freedom and confidence of dance to youths. The Koresh Kids Dance program provides weekly instruction to students in Philadelphia public schools. DCDC is heavily involved in outreach and education, working with local students from preschool age through university.

Koresh will visit Hillel Academy, Dayton’s Jewish day school, on Feb. 10 to talk with some of the students, in conjunction with their yearlong leadership program.

“Our sixth graders have been meeting with community leaders to discover their ideas about living a meaningful life,” says Hillel Co-Principal Dr. Kathy Mecoli. “Having worked with DCDC last year, the students are excited to meet Mr. Koresh and learn how his experiences and culture inform his choreography.”

“It will be wonderful,” Koresh says about the visit. 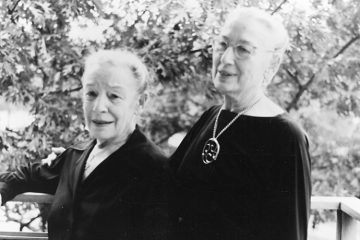