Beth Abraham Synagogue President Scott Liberman announced to members on March 18 that Rabbi Aubrey L. Glazer of Montréal will begin his role as the congregation’s rabbi in August.

A prolific author and educator who specializes in Jewish mysticism, thought, and philosophy, the rabbi received his ordination from Jewish Theological Seminary and his Ph.D. in religious studies from the University of Toronto.

Glazer will move here with his wife, artist and art teacher Elyssa Wortzman, and their teenage daughter, Tal.

Co-chairs of the rabbinic search committee were Debbie Feldman and Norm Lewis. Beth Abraham’s interim rabbi, Melissa Crespy, continues in her role until the end of June. 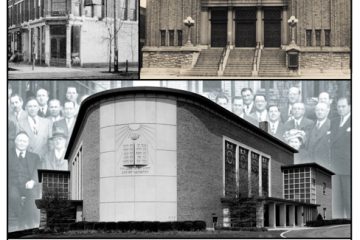