Acknowledging antisemitism at our time of redemption

The Pesach Seder is a cherished moment on our calendar. Just about everyone looks forward to it. It’s full of intriguing symbolism, funny ironies, favorite songs, and of course, delicious foods. I’d like to take a look at one passage in the Haggadah — a short but troubling paragraph.

It’s a paragraph that I never gave much thought to up until fairly recently. But a few years ago at this time, I had an argument with a dear friend of mine over this paragraph. He stated: “That passage will never be said in my house,” and he refused to rise and recite it when we read it at our communal Seder. He forced me to think about and defend why I disagreed with him. Here is the troubling passage, known as Sh’foch Hamatcha:

Pour out Your wrath upon the nations who do not know You
And upon the governments which do not call upon Your name.
For they have devoured Jacob and laid waste his habitation. (Psalms 79:6-7)
Pour out Your fury upon them,
And let the fierceness of Your anger overtake them. (Psalms 69:25)
Pursue them in indignation and destroy them from under Your heavens (Lamentations 3:66).

For us, living in America, which has given so many opportunities to Jews, this is clearly a difficult thing to say. It seems to go against the sentiments of openness, acceptance, and liberality which we have experienced in the United States. We live and interact with non-Jews every day. How can we justify reciting such a statement at our Passover Seder? And why do we choose to recite it in the midst of our story of freedom and redemption?

Let me illustrate my answer instead of just stating it.

I vividly remember exactly where I was standing when I learned that the Iraqis had begun bombing Israel in January 1991. It was Thursday evening, and I was in the liquor store on Broadway, in New York buying wine for Shabbat. It was about 8 p.m. and the TV in the liquor store was on, and the place was buzzing with the news. Even the elderly Hispanic man in front of me in line was upset by it. I started talking to him. “I have friends in Tel Aviv,” I said. “I was just there this summer; I know the streets there. I know where that bus station in Tel Aviv is; I’ve been in it so many times.”

I couldn’t believe I was talking to a complete stranger about this, but that was the atmosphere of that evening. I was terribly frightened. I was stunned. I could not believe that the Iraqis had bombed Israel — a country which had done absolutely nothing to provoke this attack. But my overriding emotion was not fear — it was anger. How dare they attack Israel?! What gives them the right?! Who do they think they are? How dare they attack my people, my friends!

I don’t know for sure, but I can well imagine that I was not the only American to feel this way, and certainly not the only Jew. And to me, Sh’foch Hamatcha expresses just that anger, that righteous anger against the senseless murder and persecution of my people at that moment and many others to come.

To me, “the nations who do not know You” doesn’t refer to God-fearing and moral Christians or Muslims. It refers to those maniacal, power-coveting tyrants and their followers who are blinded to any sense of God, and who do not hesitate to destroy property and lives in the most ruthless fashion.

Those are the people “who do not know” God. Those are the “governments which do not call upon” God’s name. It is upon them that I plead with God to “pour out Your fury.”

And we are not the first generation to feel the oppression of maniacal tyrants. The Jewish people has lived through more than its fair share of tyrannical persecution. If I were a Jew in the Second Temple Period, I would feel no hesitancy in targeting the Romans while I recited this passage — for their destruction of the holiest site of my people. If I were a Jew living in a German state in the Middle Ages, I would feel no hesitancy in pronouncing this statement against the murderous Crusaders. If I were a Jew living in Spain of the 1300s or 1400s, I would not hesitate to ask God to pour out God’s wrath on the perpetrators of the Inquisition.

And a Jew living in World War II Europe probably had no problem at all reciting Sh’foch Hamatcha — if she even had a crust of matzah with which to make a Seder. 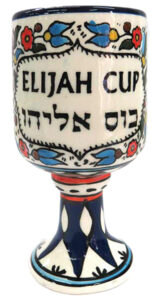 We recite this passage, we ask for God’s righteous fury because we are a people which remembers history, and understands that history can and does repeat itself. We recite this passage, too, because we are a people that believes in justice, and in a just God. If we do not believe in a God who becomes enraged at injustice, then what kind of God do we believe in?

We recite this passage at the very moment when we invite to our table Elijah, the prophet who will herald our future redemption. We recite it then because we realize that redemption will not occur, the messianic age will never blossom while there are still maniacal tyrants persecuting our people. We are a people which longs for redemption but which understands reality. 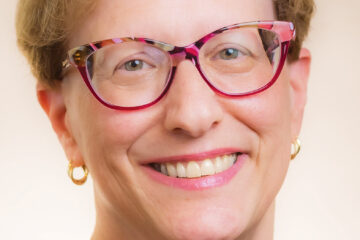 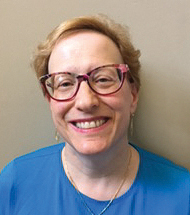 Acknowledging antisemitism at our time of redemption