In the book The Beggar King and the Secret of Happiness, Joel ben Izzy shares the story The Search for Truth. It is about a man who gives up everything he cares about in search of truth. He scours the world until at last he learns of a mountain in India where truth resides. Upon reaching the top of this mountain he discovers truth, but she isn’t as he imagined. She is hideous: the ugliest creature he’d ever seen. She had bulging eyes, a bumpy face, wild teeth, and untamed hair. He stays with her and studies her ways for years. Before leaving, he asks how he can repay her. “I would ask simply this,” she said. “When you go out in the world and speak of me, tell them I am young and beautiful!”

I share this with you while I continue to process the Morgan Lewis report about my alma mater, Hebrew Union College-Jewish Institute of Religion.

The report reveals a truth far more heinous than I ever imagined, outlining five decades of unethical behaviors within the college-institute that, in many cases, were well-known secrets for years.

Pursuing truth is not an easy path. It requires us to give up long-held perceptions and, at times, pulls us into dark places where we would rather not shed light. I am grateful that HUC said yes to this journey, engaging a respected third-party organization to investigate the truth, unveil it, and make its findings public. It is a sign of integrity and the first step toward institutional teshuvah, repentance.

But it isn’t pretty.

In some cases, it was within the highest levels of leadership. I find this especially egregious that these sins emerge from within a community that prides itself on heeding the prophetic call for justice and defending those who have been marginalized.

My heart hurts for those directly impacted in these ways. I wish I could say I’m surprised by all of this, but I can’t. I am, however, shocked by the depth and severity of the abuse.

When I first contemplated the rabbinate, I knew there wouldn’t be an even playing field. Before I ever applied to HUC, I knew about the difficulties faced by women in the rabbinate. I had interviewed women rabbis about their experiences, collected data that showed clear biases against women in pulpits, and spent two summers as a rabbinic intern learning, early on, about double standards and navigating when to conform versus when to confront.

But I didn’t let this dissuade me from applying to HUC. I had resigned myself to gender imbalances when, in hindsight, I should have had higher expectations — especially from an institute of higher learning dedicated to training future religious leaders.

In 2019, one of my favorite professors from HUC, Karla Goldman, published the article My Pioneer Days: Facing the Patriarchy at Hebrew Union College. In it, she revealed some of the ugly truths we are reading about now: gender discrimination, gender bias, broken systems for reporting and appeals, and gatekeepers.

But she also wrote the following: “I believe the best way to support a school that I still care about is to hold it accountable for both its past and its present.”

I was moved by this then and continue to be now. It seemed that she never gave up on the school’s potential for teshuvah, recognizing there was good, even while calling out the bad. This was what I took from Rabbi Sally Priesand’s recent statement in which she criticized Rabbi Alfred Gottschalk for his horrible misconduct, but also acknowledged that she was only able to become the first female rabbi because of him.

My HUC experience was not without complications. But there were also many positive aspects, such as excellent learning opportunities, inspiring classmates, and caring and supportive professors, including one who was named in this report. The findings in this report won’t eclipse those memories. They will, however, remind me of how complex and imperfect people are, even those we hold in the greatest esteem.

In my opinion, the best way for us to respond to this report is to see the truth as it is, warts and all. We need to reckon with our history. It won’t be pretty, but it is necessary.

Acknowledging and facing the dark spots of our past offers us an opportunity to seek out real and lasting teshuvah.

As the Women’s Rabbinic Network beautifully wrote: “Now is the moment to prove that our future will be different than our past…Now is the moment…to ensure that people of all genders, sexual orientations, races, and abilities will be safe and respected within Reform Jewish spaces.” 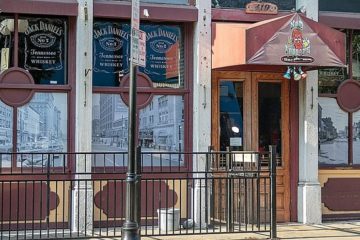 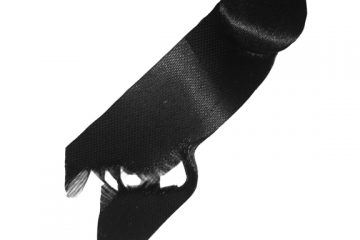