“Jews are not responsible for antisemitism,” Washington, D.C.’s counsel for the Anti-Defamation League, Michael Lieberman, emphasized at the Jewish Federation’s annual meeting, Aug. 20.

“And we cannot end antisemitism by ourselves. We need to stand with others if we think that we want them — expect them — to stand with us,” he told the audience at the Boonshoft Center for Jewish Culture and Education.

Lieberman — who led the coalition to enact the Matthew Shepard and James Byrd Jr. Hate Crimes Prevention Act — and ADL’s new regional director, James Pasch, talked about the rise of antisemitism in the United States and strategies to counter it.

“Our success is only as great as our community partners,” said Pasch, whose office is in Cleveland. “It’s the constant stream of communication between the ADL, the Federation and the JCC, (and) law enforcement. And if we’re not all on the same team, then we’re in big trouble. It’s those relationships, it’s that network that’s going to keep us safer.”

One of Pasch’s first projects as regional director was to provide law enforcement with information about members of the Klan-affiliated Honorable Sacred Knights of Indiana before their May 25 rally at Dayton’s Courthouse Square.

“I called our Center on Extremism in D.C.,” Pasch said. “That team is combing the internet every day, uncovering everything they could possibly uncover. They handed me a thick packet with every Klan member that had potentially R.S.V.P.’d, might R.S.V.P. I worked directly with the Dayton Police to provide them all of that information.”

“We had photos of him at the Unite the Right rally,” Pasch said. “He sat down for a great interview with Katie Couric while he was down in Charlottesville to talk about his whole creating a ‘white state.’ All that information is gathered by our center so that I could work directly with the Federation, law enforcement, etc.”

Lieberman urged support for legislation in Congress of a domestic terrorism act to address mass shootings.

“We can make progress on red flag laws,” he said. “It will require rolling up our sleeves and doing some muscle work.”

He expressed the ADL’s concern with the president’s role and what “he is doing and not doing” to address issues of increased hate crimes and white supremacy — “His language and actions have created a climate in which individuals feel emboldened to act” — and the administration’s attempt to redefine religious freedom as a “sword to thwart women’s rights, reproductive rights, LGBTQ rights, and the rights of Jews and other religious minorities.”

Lieberman also took the president to task for his statement that day that Jews who “vote for a Democrat — I think it shows either a total lack of knowledge or great disloyalty.”

“To suggest that if you’re Jewish and you’re supporting Democrats, that you’re disloyal, is a very challenging concept and needs to be strongly pushed back against,” Lieberman said. 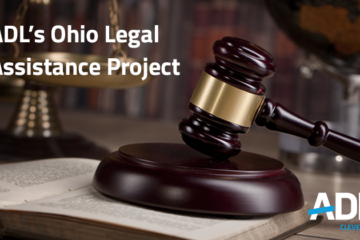 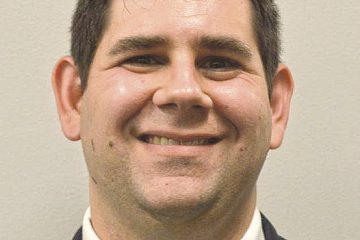