“Ah yes, your luggage is in Moscow.”

This is how I started my month-long visit to Israel as I stood at the help desk at Ben Gurion Airport. I wouldn’t have made it through 3.5 years of medical school without some resilience in my step.

My medical mission for the month: to learn and understand the practice of emergency medicine and the greater healthcare system of Israel as seen from the inside.

My personal mission: to witness the interaction of Jews and non-Jews in professional and non-professional environments.

As the grandson of a reporter with a 52-year-long career, I’ve learned to put aside the bilateral hyperbolization of a subject and seek out the truth for myself.

I planned to ask different people of varied backgrounds point-blank questions on the culture and politics of Israel.

Upon arriving at Nahariya station, Danit escorted me to her car parked in the mall. I was amazed by the “TSA-light” security present at the mall, something that would be replicated at the entrance of the Galilee Medical Center hospital as well.

The next day, I made my acquaintance with the head of the emergency department, Dr. Raviv Bennidor, and Physician Assistant David Fisher.

I received a tour of the department and noted several differences from the usual setup found in the United States.

While this department had a multi-bed trauma bay as would be found at most departments, the remainder of the department was divided based on the patient’s chief complaint, whether it fell under a pediatric complaint, internal medicine, general surgery, orthopedic surgery, gynecology, or obstetrics.

There was not one physician who would manage all these patients, but rather these specialties had a specialty-representative physician or resident present to manage each of these subsets of patients as well as requesting further subspecialty consultation as needed.

Most of the hospital’s signs were in Hebrew, Arabic, or Russian. Perfect for me, considering I speak only English.

Even the electronic medical records were mainly in Hebrew, so I was stunted in my ability from that aspect.

However, as my weeks would roll by, I would notice that medicine was its own language too as nurses, PAs, and physicians discussed various conditions in Hebrew with the occasional medical lingo tossed in so I could follow along.

Were it not for Google Translate on my phone, I don’t know how far I would have gotten with patients otherwise, as many claimed to have “not good English.”

For myself, I began to think my name was “Lo Ivrit, English only (No Hebrew, English only),” as this was my initial introduction to patients and staff alike.

I began to find my purpose beyond shadowing as I started IVs and collected blood on pediatric and adult patients alike as well as helping remove clothing to expose the patient coming in for a trauma evaluation.

Additionally, I was able to practice and refine my medical decision-making in terms of deciding what lab and imaging tests to order with a slightly different array of resources than those found in the U.S.

Furthermore, I was astounded by the overall healthcare system present in Israel.

To the best of what I could understand, it appeared Israel had a model similar to that found in Germany termed the Bismarck Model, in which people belong to one of several different health insurance companies but are guaranteed healthcare regardless of the condition or one’s ability to pay.

When I explained to the staff how often people in the U.S. will use GoFundMe to supplement their medical care, they were intrigued and appalled that this could happen in a developed country.

And even beyond the healthcare system, I was amazed by the seamless teamwork provided by Jews, Muslims, Christians, and Druze at this hospital.

While a government hospital, it is run by an Arab manager and is multicultural in both patient and staff population.

I was fortunate to be invited to dinner and spend the night touring parts of northern and central Israel with each a Muslim, Druze, and Jewish friend I made while in Israel.

Each of their experiences was unique. The Druze man had served in the Israeli Defense Forces as part of the infantry, defending Israel in the north.

However my Muslim friend explained to me from his perspective that there is unfortunately a form of racism as found in the U.S. today that is present in Israel as well, but not nearly like the apartheid conditions often depicted in the media.

Over the four weeks, I toured Jerusalem, Tel Aviv, Haifa, and the Galilee Region; completed a multitude of shifts in the emergency department between internal medicine, general surgery, and pediatrics; completed two ride-alongs on the Magen David Adom (Red Star of David) ambulance; and observed several general and brain surgeries.

I could easily have spent another month in Israel had Miami Valley Hospital’s Medical ICU not been on my to-do list for the following month.

I am eternally grateful to the Jewish Federation of Greater Dayton, Partnership2Gether, and Wright State University Boonshoft School of Medicine for affording me the financial support and networking opportunities to make this experience a reality after I heard Galilee Medical Center’s former emergency department director, Dr. Arie Eisenman, speak at my medical school two years ago.

Ben Wainblat, a fourth-year medical student at Wright State University Boonshoft School of Medicine, graduates in May and will begin his residency in family medicine at Marshall University in Huntington, W.Va. 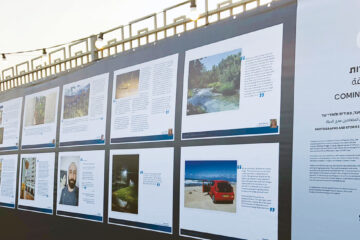 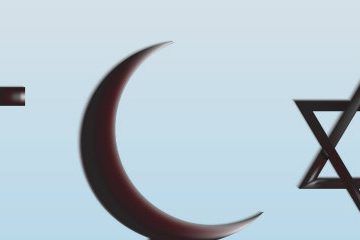 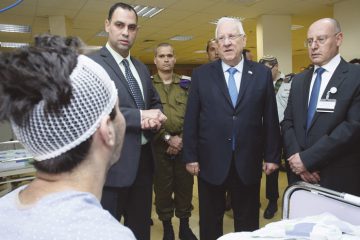 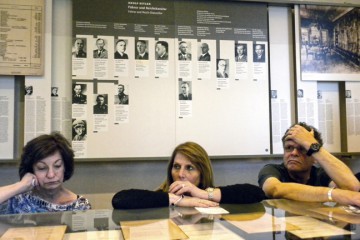