Renate Frydman, the Miami Valley’s longtime champion of Holocaust education, has published her late husband’s story of survival in Nazi-occupied Poland against nearly impossible odds. In Anschel’s Story: Determined To Survive, Frydman shares Anschel “Charlie” Frydman’s words of how he stayed alive as a slave laborer and then as a partisan fighter, when he was only a youth, after his parents and two sisters were murdered.

How did Anschel’s Story come about?
Charlie and I were traveling together 30 years ago and I had a tape recorder with me. Of course, he had told me his story in bits and pieces. We had been married about 30 years then. I put the tape recorder next to him in the car, and I said to him, ‘Tell me a little more about your story.’ He was driving, and he did. And I had a little bit and then more, and nine tapes over 20 years.

It wasn’t like we sat and planned these talks, it just came out at certain times. One of the best was from Minster Middle School. He might have driven me, but he didn’t want to tell his story. This was one of the very seldom times. We were sitting on the stage and I started him out and he just went with it. He told a lot on that particular day, that audience of eighth graders. They were hanging on to his every word.

I thought we’d sit down someday and maybe write a book for the family. Then he passed away suddenly in 2004. For seven years I could not listen to those tapes. I was silently grieving in my own way. When I finally sat down and listened to the first one, I realized what a treasure they were: very personal and honest. I decided to write.

The hard part was to put it together into one cohesive story. It was all just his memory tumbling out at different times.

Did he talk about his story much with your family?
He did when he felt like it, but it was bits and pieces. He did a short video with (our son) Joel once that was mostly early years of his life, which helped in the end, because I needed those early years. The story starts in a small town, a shtetl, in Poland. Even though there were antisemitic people around them, they felt relatively safe.

Their lives were not easy, but that was their life. It was about as normal for a Jewish family at that time period as it could have been. And then it changed. The book tells about the more subtle and then the more aggressive changes.

How did you and Charlie meet?
My mother, Carmen, felt very strongly that someone should be welcoming to the newly-arrived survivors. Besides meeting them at the train station, making sure they got jobs, and apartments in some cases, she did a lot for them when they first came. One of the couples she had helped were married at Beth Jacob in April 1950.

My mother insisted that I come with her to Beth Jacob to that wedding. I was a young teenager. A number of single boys, in their 20s, were there. Charlie approached me and asked me to dance. And then he asked me to go out. Now you have to understand that he was eight years older than I was. And I don’t know how on earth my mother said yes, but she did. That started it. We dated a couple of years and we got married.

Did he share these stories when you first met?
Yes. The first night. It was unbelievable what this man lived through. I felt sympathy for someone who had lost everything like he did. It was my wish to make him come alive again and with a family. And we did. It was a

miracle to do that with someone who had been through all that. We always kept that memory alive with yahrzeit candles every year, four of them for his parents and his two sisters. Holidays were really hard for him because they were so important to him in his childhood and then he lost it all. The holidays took him back to it.

He was a very tough, complicated man. But it didn’t show to most people. Most people said he was sweet and kind and thoughtful and smiled. But there was a darkness in his past that was there with him. I’m sure that all survivors have scars inside that they live with. Some share them and some never do. He didn’t want people to feel sorry for him. Whatever tears he had, he shed early on.

He had that resilience of spirit and hope for a better tomorrow. It’s possible to live through those things and still have a good life. 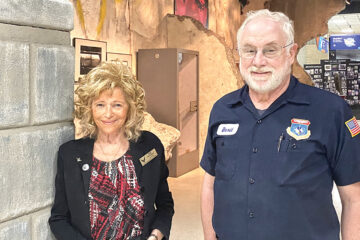 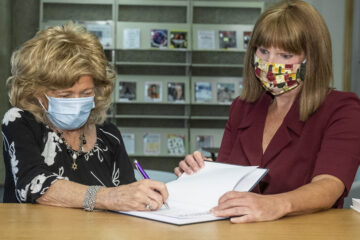 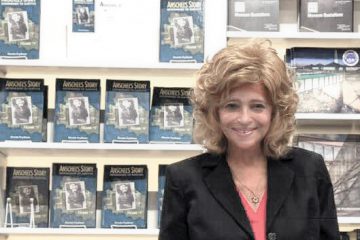