What is a Bar or Bat Mitzvah? There are many who would answer that question claiming that it is a big birthday party given to a child entering his or her teenage years.

Others might suggest that it is a religious ceremony honoring a young man or young lady.

Although both a big, elaborate party and a religious ceremony may take place, neither of these answers is truly accurate.

Don’t forget the second word of the phrase: mitzvah. A mitzvah is thought of as a good deed, but that is only partially accurate. The term mitzvah is Hebrew for commandment; it is a commandment from God, but not always directly.

I find it best to define a mitzvah as an action that brings each of us closer to God. There are 613 of these actions listed in the Torah. The more we follow, the closer we get to God.

Jewish tradition teaches that at the age of 13 for boys and 12 or 13 years for girls (depending on the movement), the young adult is ready to take on the responsibilities of following the mitzvot (plural of mitzvah).

So why have the ceremony? Why have a big party? A child who becomes obligated to follow the mitzvot becomes, by default, a full-fledged member of the Jewish community.

One way to demonstrate this new position and the new religious responsibilities that accompany this new status is for the young adult to participate in a community-wide religious service, to be called to the Torah.

The more capable the child is, the more of a leadership role he or she can take and the more of the service the child is encouraged to perform. And then, in Judaism, it is traditional to celebrate with the community — and with lots of food.

A frequent question that arises is that of the invitation list. Who is so important in this child’s life that they should be honored with an invitation, to include them at this great event?

Family members and friends seem obvious, but what about teachers? The teachers who have helped prepare the student to be a part of society and a part of the community, should not be overlooked.

In addition, there is the idea of including God. A book, written by Rabbi Jeffrey K. Salkin, Putting God on the Guest List: How to Reclaim the Spiritual Meaning of Your Child’s Bar or Bat Mitzvah, addresses this issue.

I have been told that this book helps the entire family find the spiritual connection with God during what is often found to be a stressful time.

It is important, and at times difficult, to keep the focus on the reason for this event: connecting with God as a member of the Jewish community.

Finally, I would like to answer the question that is asked frequently about the “mitzvah project,” which is: “why do I really have to do a project?”

The fact is, it is the mitzvah project that unites the three elements involved in becoming and celebrating a Bar or Bat Mitzvah.

No matter what project is chosen, it will inevitably involve the community. Whether it is doing something to help the community, or asking the community to help raise money for a specific cause, the mitzvah project will connect the young adult with the community in a new way.

Similarly, any mitzvah, simply by its nature, connects the one who is responsible for it with God.

That is the essence of mitzvot, and, by completing the challenge of a mitzvah project, the Bar or Bat Mitzvah becomes the focal point between the community and God.

This is another manifestation of the ceremony at the synagogue and another way for the young adult to prove his or her worth to become a productive member of the religious community. 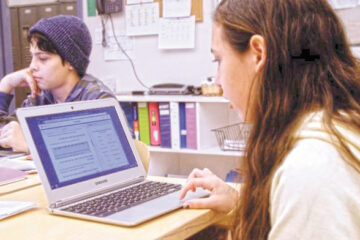