It would be a challenge to find a Hadassah chapter in the United States that hasn’t put out a cookbook. But the Dayton Chapter of Hadassah’s new offering isn’t just any cookbook: it features recipes and recollections from Jewish celebrities and politicians — now mostly deceased — whose fame goes back to the middle of the last century.

Unassuming in appearance, the spiral-bound Jewish Celebrity Cookbook: A Compilation of Delectable Recipes, Personal Stories & Humorous Anecdotes hit the presses at Office Depot in December. It’s just about sold out, ready for a second printing.

Between the covers are recipes for borsht from opera star Robert Merrill and violinist Isaac Stern, Linguine Soupy from comedian Soupy Sales, Curried Chicken Salad with Mango Served with Papaya from the original Dear Abby, and even Stuffed Cabbage from economist Milton Friedman.

Work on the cookbook dates to 1994, when chapter member Ann Baum came up with the idea as a fund-raiser.

“We had a group, we used the Dayton library once or twice a week, and we would go through all of these books and tried to find out who was Jewish,” Ann says from Phoenix, where she and her husband, Rob, moved in November.

“We didn’t have the Internet, we had none of that. So we wrote letters, and people actually answered letters at that time.”

Enough celebrities replied back with recipes and anecdotes that the committee was encouraged, Ann says.

But the leaders of the chapter at the time decided the cookbook wasn’t a priority, Ann recalls. She stored the replies in a box in her basement.

Fast forward to four years ago when the chapter was looking for a fund-raiser.

Ann reminded the women that she still had the celebrity recipes.

“We picked it up from there,” says Sis Litvin. “We decided when we looked at those (celebrity) names, that we needed to get younger, newer people (in the cookbook). And we noticed the difference. Where the former generation of actors and actresses were very willing to share, these people didn’t care.”

Shirlee Gilbert says the new group of volunteers met to brainstorm names of current Jewish stars. “A lot of them just ignored us,” she says.

Julie Bloom says she joined the project “because I can’t say no to Shirlee Gilbert.” Julie tried emailing, Tweeting and messaging Jewish celebrities on Facebook.

Chapter Fund-Raising Chair Vicki Kemmerer organized the recipes for publication. Her favorite is The James Caan Egg. Dr. Judy Chesen wrote bios for all who sent in recipes.

“These ladies were amazing,” Ann says. “That they were able to breathe life into it and are so dedicated — it just takes the right people.”

The Jewish Celebrity Cookbook is available for purchase for $20 through Dayton Chapter of Hadassah. To order, call Dena Briskin at 275-0227.

Wash the fish inside and out, pat it dry with paper towels. Rub fish inside and out with ginger root and garlic. Now rub fish on outside with tablespoon of oil (will help keep fish from sticking when fried). Pat the two tablespoons of cornstarch all over the outside of the fish. Set fish aside.

For the sauce, in a one-quart pot, combine sugar, lemon juice, vinegar, ketchup and soy sauce. Bring mixture to a boil, reduce heat and simmer uncovered 2-3 minutes. Again stir together the tablespoon of cornstarch and half cup of cold water until the mixture is smooth. Blend the cornstarch-water mixture into the sauce, stirring until it boils and thickens. Keep sauce warm over very low heat.

To cook fish in a wok or 12-inch skillet, heat oil to 350 degrees. If oil is too hot, the fish will stick. If using a wok, swish oil around the sides so fish won’t stick to sides. Carefully place fish in pan or wok and cook for three minutes, all the while spooning oil over the top surface of the fish.

Cover the pan or wok and cook the fish 5-10 minutes, depending upon its size. Uncover and with two large spoons, carefully turn the fish over.

Brown the other side for about two minutes. Very carefully transfer the fish to a large platter. Pour the sauce over the fish and serve immediately. This is low in calories and a healthy recipe. 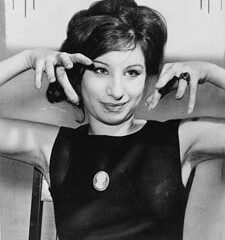 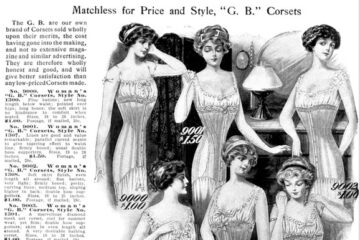