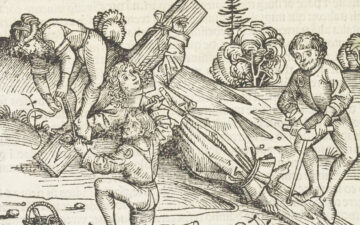 By Marshall Weiss, The Observer Through a grant from the Association for Jewish Studies, University of Dayton English Prof. Miriamne Krummel will present staged readings of two 20th-century plays that dig deep into virulent medieval Jew hatred in England and Spain. Beth Abraham Synagogue will be the venue for the 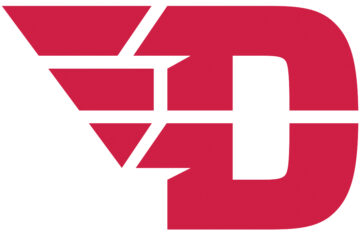 By Marshall Weiss, The Dayton Jewish Observer Two Israeli tech companies looking to expand their reach in the United States turned to students with the University of Dayton’s MBA capstone program for comprehensive market studies this year. The studies, for Lehavot and Gevasol, marked the first time UD’s MBA capstone 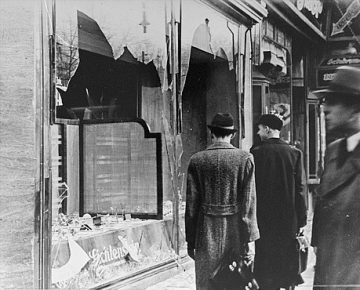 The University of Dayton’s annual Kristallnacht remembrance will be livestreamed on YouTube this year from the Immaculate Conception Chapel at 5 p.m., Tuesday, Nov. 10. Shelley Inglis, executive director of the University of Dayton Human Rights Center, will be the speaker for the observance, which will also feature UD’s World 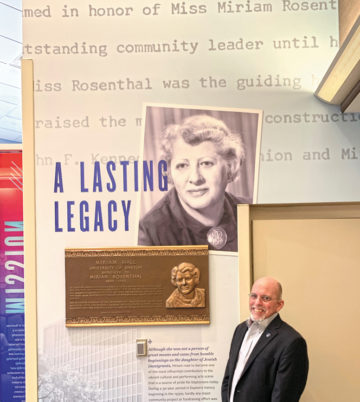 By Marshall Weiss, The Dayton Jewish Observer Since the beginning of fall semester, students heading to class at Miriam Hall are met with an exhibit the size of a wall in the newly designed atrium of the building that’s home to UD’s School of Business Administration. The exhibit is a 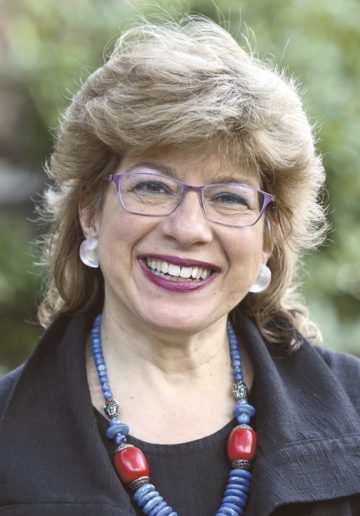 By Marshall Weiss, The Observer If your tradition at Passover is to include an orange on your Seder plate, you have Dr. Susannah Heschel to thank. More than 30 years ago, Heschel first added the orange, to champion inclusion of gays, lesbians, and all Jews who are marginalized. Heschel, chair 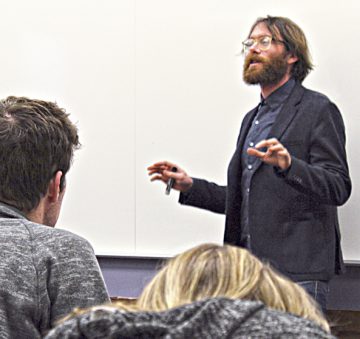 New hire in religious studies department, partnership with Reform seminary aim to broaden interfaith approach By Marshall Weiss, The Dayton Jewish Observer In addition to the standard Introduction to Judaism and Holocaust courses at the University of Dayton, undergraduates will soon be able to enroll in Jewish Thought and Jewish