A disgraced journalist is asked to cover a mysterious story on an isolated European island. She discovers that children have taken control and are killing off all adults by their 40th birthdays. Now she must uncover the truth behind the killings while schmoozing up to the children’s leader so she isn’t the next victim.

Put the remotes down because you won’t find it on TV. You’ll only get the whole story in You Are Obsolete, a graphic novel compilation of five comic books created and written for AfterShock Comics by new Dayton resident Mathew Klickstein. He’ll celebrate the release of the complete with a local signing at Super-Fly Comics & Games in Yellow Springs, noon-2 p.m., Sunday, April 11.

Klickstein, whose work has been published in Wired, The New Yorker, and New York Daily News, teamed up with AfterShock Comics for his maiden voyage into the comic book genre. “I really thought it would be a film,” he said. “Comic books is its own community and it’s really grown over the last few years.” The series is illustrated by Evgeniy Bornyakov. It was released one at a time beginning in September and culminates with the book he’ll sign in Yellow Springs.

“I’m very proud of how it ended up looking,” Klickstein said. “The editors were great. This is probably my favorite creative experience. They really gave me a lot of creative leeway.” 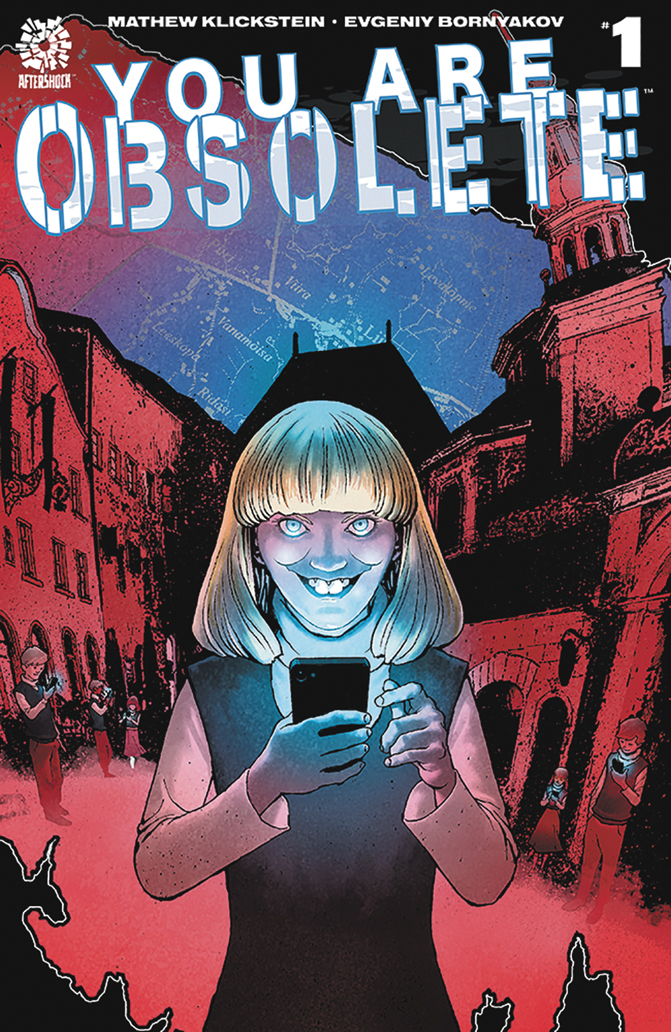 Klickstein is the author of SLIMED! An Oral History of Nickelodeon’s Golden Age, and with Mike Reiss co-wrote Springfield Confidential: Jokes, Secrets, and Outright Lies from a Lifetime Writing for The Simpsons. For three seasons, he was a casting producer with Food Network’s Restaurant Impossible

He was the co-creator, head writer, and field producer of the TV series National Lampoon’s Collegetown, USA in 2003-04 and screenwriter for 2009’s Against the Dark. He and his wife, Becky, moved here in February from Boulder, Colo. Klickstein has another local signing, at Books & Co. at The Greene, 7 p.m., Friday, May 1.

Debbie Feldman was appointed to the Miami University Board of Trustees for a term beginning March 1 and ending Feb. 28, 2029. The appointment was made by Gov. Mike DeWine in February.