Dr. Masha Kisel wrote with personal authenticity on the immensely complex topic of abortion (Robbing mothers of their personhood, religious freedom, July Observer). I trust that words written from such a deep place will have their positive effect, in particular, in evoking a deeper and better conversation on abortion.

As part of that process, I will offer responses to two particular points and then to one large and general point that Dr. Kisel made.

One aspect of the argument Dr. Kisel develops is that the blastocyte (or the embryo or the fetus) be deemed as something not human. She asserts this crucial point without making any argument for it at all, and the weight of her reasoned argument depends on it.

Some elemental points are self-evident; think of Jefferson. But self-evidence is a very high bar. If indeed that cluster of cells from which we all come is not human, then what exactly is it? Only from a human blastocyte does a human being grow. Well we know how the worst of human governments operated by dismissing the disabled, the ill, and the “useless” from humanity. How careful must we be, in the light of the horror with which that dehumanization is associated! At the very least, there is nothing self-evident in that assertion of Dr. Kisel.

A second point is that Dr. Kisel’s brief evocation of what Jewish law has to say on the matter is so brief and partial in scope that it stumbles badly under the weight she has loaded upon it. It is indeed true that in the dreadful event when there is no choice but to abort a fetus to save a mother’s life, halacha (Jewish law) unequivocally rules that the mother’s life comes first. But it by no means follows that in any lesser circumstance, the fetus may be disposed of and that its interests have no standing in law. Jewish law directly contradicts her main point that law cannot apply to the decision of a mother with respect to her unborn.

Moreover, while the great bulk of what is encompassed in the code of Jewish law applies solely to the community of Israel, laws regarding abortion are considered universally important and are directly (though not identically) applicable to all human beings as part of the rubric of the Seven Noahide Laws. There is remarkably little dissent on this in the great corpus of classic halacha.

So in Jewish legal tradition this is a matter of law. That one’s freedom is restricted by law is a given. The question is: does the law serve a purpose that warrants that restriction? That is the test to which we should put all laws of our secular state, for restriction of our freedom is no small thing. But Dr. Kisel’s point seems to be that there can be no discussion here, for the freedom from restriction seems to be to her, self-evidently absolute.

This brings us to the general point. In talking about the debate over abortion some years ago, Rabbi Jonathan Sacks has made the point when we address the issue as a matter of rights, it is intractable and unarguable. Rights must be asserted or lost; to compromise on a right is to start to descend that slippery slope of compromised principle that ends in no good.

The problem in the case of abortion is that we have two sets of rights being asserted whose simultaneous uncompromised expression is impossible. With each side committed never to compromise, and each side asserting the self-evidence (and thus unarguability) of the right it champions, there can be no other result and only power will “resolve” the issue.

Rabbi Sacks asserted, and properly I believe, that Jewish teaching approaches things from a different perspective. How could it not? We claim our political rights as being “endowed by our Creator,” and laws which deny those rights as we have recognized and enshrined in our Constitution, we expunge from the books through our courts. But one cannot assert rights over and against the One who endows them. All powers we have, including our power to choose, derive from God and operate within the terms of the user’s license through which they are granted.

The way of Jewish law, then, to address the problem, asserts Rabbi Sacks, is through those terms — in other words, through the lens of responsibility. What is our responsibility toward a mother? What is our responsibility toward an unborn child? These are the questions Jewish teachings ask. These questions do not end with the simple assertion of our personal feelings and beliefs, however deeply held. The essence of Torah is that we are held to a standard higher than anything we can dictate.

The rights of a woman and the rights of the unborn are necessarily in conflict in the case of abortion. No meaningful discussion can take place, only endless assertion of one right to the elimination of the other. But we deal every day with conflicts of responsibilities and we daily resolve such conflicts by establishing priorities by which the totality of responsibilities can best be discharged. We are responsible to our spouses, to our parents, to our children, to our colleagues, to our community, and the work of each day is to find a way to honor them all by making proper priorities and exerting ourselves as unselfishly as we are able to find the way to do.

I believe Rabbi Sacks quite right. Most rights-based discussions of this issue hit a dead end very quickly and leave no room for other voices to be heard. Accepting the responsibility placed on us by God through the Torah opens up a real and ongoing discussion on the deepest level, and one that can lead to real resolution in the place where it most matters — in the authentic choices we must each make when facing the grave decisions that determine the integrity and goodness of the life we live.

Kaleidoscope of Us! for Beth Abraham’s 125th 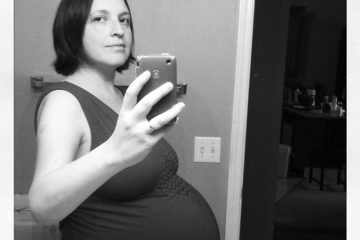