The internet offers a birds-eye view of a growing tribalism in America. Sports headlines from 2018 alone are a case in point. Fight breaks out in stands between Brewers, Cubs fans. Redskins and Jets Brawl…fans get in fight. Rams vs. Vikings Fans Brawl, Man Flung Over Bleachers. Cowboys Fan Pummels a Giants Fan.

British television executive Peter Bazalgette has noted the same phenomenon in the digital world where we have evolved into a “you are either with us or against us” society, one in which we hate our enemies.

Daily Times blogger Riaz Haq concurs. “Driven by users’ profiles to reinforce their preferences and prejudices,” social media and the internet exacerbate the problem. “News feeds are customized for each user. Any posts that don’t fit these profiles don’t get displayed. The result is increasing tribalism in the world.”

Tribalism is notably rampant in the political and social spheres as well. In his Psychology Today essay Unfriending in the Time of Trump, poet Skipwith Coale notes that “friends have cut off friends; couples have severed ties with in-laws; (and) parents have banished grandparents from their children’s lives” because of opposing political views. Relationships now face a tribal litmus test: How did you vote?

Colonial America was not much different, note lawyers Amy Chua and Jed Rubenfeld in The Atlantic.

“Americans were a multiethnic, polyglot mix” of religious denominations, dissenters, and non-believers who didn’t embrace tolerance and “who tended to identify far more strongly as Virginians or New Yorkers than as Americans,” they write.

Rather than unite Americans around “the traditional ethnic, religious, and tribal loyalties of the Old World,” America’s founders forged a new kind of society around basic ideals codified in the Constitution, American historian Gordon Wood explains. Although imperfectly implemented and needing adjustment on occasion, “the core constitutional aspiration…has been to create a tribe-transcending national identity.” In a word, nationalism.

Although the source of much recent controversy, nationalism by itself is neither good nor evil and has “much constructive potential,” argues political scientist Prerna Singh.

“Nationalism fulfills a basic psychological need to belong… and fulfills the essential function of consolidating the group and its identity above and beyond individual needs.”

Furthermore, journalist John Judis points out the idea of a national group identity “is essential to democracies and to the modern welfare state,” because they depend on citizens of widely differing backgrounds aiding one another.

From the very beginning, “American nationalists used to think of their nation in just this way,” notes Israeli political theorist Yoram Hazony, “as a diversity of tribes sharing a heritage and a mutual loyalty born of a joint history.”

Why does this sound familiar? Because, Hazony explains, generations of Bible-literate Americans saw ancient Israel as the prototype of a nation.

Much of the biblical narrative is the chronicle of a people who moved from tribalism to nationalism, and of a nation that has transcended time and place for over 3,000 years by means of a constitution known as the Covenant. The story begins with God promising Abraham, “I will make of thee a great nation.” But becoming a nation was a gradual process.

It takes the entire book of Genesis for the Bible to say nation building is founded upon families, but families aren’t enough. Ultimately, the family of Jacob is small, fragmented, and dependent upon a foreign land and its leaders’ whims for sustenance and shelter.

The book of Exodus begins with slavery, perhaps to emphasize that families, even tribes, are vulnerable. Or perhaps the point of Israelite slavery was to warn about the potential for nationalism to become evil, fostering wise leadership and personal empathy. “You shall not wrong a stranger or oppress him, for you were strangers in the land of Egypt.”

However, it wasn’t until Israel stood at Mt. Sinai and, with one voice, committed to the mission and obligations of the Covenant that they began their journey as a nation.

They were still 12 distinct tribes — in origin, size, personality — and they would later take on distinct occupations. But they were united in the Covenant that has sustained the Jewish nation for millennia. 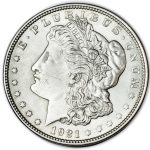 America’s early colonists knew this story. They lived it. And they modeled themselves after it, creating a nation of diverse tribes, from Scots to Swedes; diverse backgrounds, from aristocracy to servants; and diverse religions, from Anglicans to Puritans.

They, too, created a covenant — a Constitution of mutual loyalty and responsibility, one that respected individual diversity but outlined the common principles upon which society would be governed. In so doing, they also created a distinctly American culture.

America’s de facto motto, E Pluribus Unum (out of many, one) aptly describes the biblical and early American experiments in nationalism.

“America seemingly no longer believes in striving to achieve a gender-blind, racially and religiously mixed society, but instead is becoming a nation in which tribal identity trumps all other considerations,” he observes.

It would be a shame if the positive notions of nationalism forged in the Bible and by the American founders were to simply be relegated to a meaningless slogan on the coins in our pockets.

And There Was Evening and There Was Morning by Harriet Cohen Helfand and Ellen Kahan Zager. To express the notion that God created the universe with words, the whimsical images in this brilliant picture book are all designed out of Hebrew letters that spell the object’s name. Accompanying each day’s double-page scene is a simple rhyme that tells the story of that day. A delight for all ages.

It’s About People Not Buildings: A Primer for the Merger of Religious and Other Nonprofits by Congregation Etz Chaim. Although mergers and acquisitions are commonplace, many nonprofits might better benefit from a marriage. That’s the message from leaders and congregants of two religious communities that joined together under a chupah (wedding canopy). Each chapter in this handbook focuses on a different aspect of the process, such as Leadership and Resources, Recognizing a Crisis, and The Passion of Volunteers. The main point is a universal one: people are the most important factor in any organization, and the sharing of values, transparency, respect, and compromise are essential when uniting two communities. A worthwhile read for anyone involved in the non-profit world.