Like many Jews, I have a little bit of family in Israel. The Israeli side of my family (cousins, aunts and uncles) moved there in the wake of the Holocaust, around the same time that the rest of my family who survived the war came to America.

One might expect the Israeli side of my family to be, in some fashion, “more Jewish,” (whatever that means…) than my family who settled in the United States; he or she would be mistaken.

In fact, while my American relatives are active practicing Jews, those in Israel — like many Israelis — tend toward secularism and struggle with anything in Judaism they consider religious.

On multiple occasions, my Israeli relatives and I have debated how one can believe in God in a post-Holocaust world.

As far as they are concerned, any God who would allow the Holocaust to occur is no God worth believing in. The best-case scenario, they would suggest, is that no God exists at all.

Chanukah is, at its core, a Jewish attempt to reconcile theological crises like this.

At the conclusion of the Maccabean Revolt, during which a Jewish family led a rebellion to gain freedom from the rule of the Hellenistic Seleucid empire, the Jews of 2nd-century B.C.E. were faced with their own crisis of faith: how to revitalize their people’s religiosity after the recent, wholesale destruction of Jewish culture.

The question underlying the Maccabees’ task echoes what many Jews have wondered lately: What do we do, first, when it seems like our God has abdicated the role a beneficent Sovereign ought to play? Second, what do we do when we begin to experience doubts about the meaningfulness of belief in God at all?

Thence comes the significance of Chanukah — the holiday of rededication.

The Hebrew root Chet, Nun, Kaf, from which the name of the holiday Chanukah comes, is precisely about the reaffirmation of that in our world which, though originally sacred, has been sullied.

According to Jewish lore, the Chanukah miracle of 164 B.C.E. marks the time when our ancestors decided that they would not let Syrian-Greeks — and the calamities they inflicted upon us, our holy places, and our sense of the sacred — dictate the innermost essence of our religion or faith.

As an imposition on the Judeans, he also attempted to turn the Second Temple into a shrine for pagan gods like Zeus.

Chanukah — the coda to the Maccabean Revolt, the Hasmoneans’ victory lap — was an inflection point in the Jews’ response to that crisis.

It marks the precise moment when the Jews, miraculously having won a war and survived yet another oppressive regime, showed the world that neither persecution nor violence would stop them from following their ancestral religion as they saw fit.

There may be nothing wrong with the inevitable cultural interchange that occurs when Jews are in societal dialogue with those of other faiths; however, it is essential that Jews maintain the core integrity of their holidays’ meaning. Chanukah, minor festival though it may be, has the potential to hold major religious significance, especially in times when Jews experience strife.

This holiday, being born of Jews’ confrontation with an often inhospitable world, deserves to be recognized for what it is: a statement by Jews that their history, religion, and culture cannot be destroyed.

In it, we find the strident spirit of rebellion on which Jews have relied for millennia. In our world today, there are many who would all too happily gloat if Jews were to surrender their religion in response to violence, if we were to decide that our religion lacks meaning in light of the iniquities and indignities we still face.

Surprising though it may be, the 2nd-century B.C.E. rededication of our ancient Temple should be quite relevant to 21st-century C.E. Jews.

The debate in which I will undoubtedly continue to participate with my family (or with others who feel, given our history, that God has abandoned the Jews) is legitimate.

Nevertheless, I am confident asserting that Chanukah provides us with a model for an authentic Jewish commitment that, regardless of what happens to us, we as Jews will survive the tribulations of our times; we will come out, at the other end of our difficulties, stronger for the experience.

Ultimately, I have no doubt we will turn our weaknesses into strengths and our suffering into celebration. 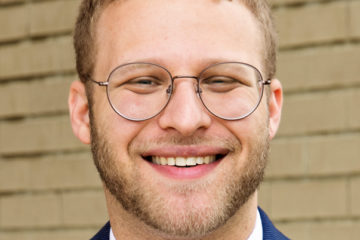