By Martha Moody Jacobs, Special To The Dayton Jewish Observer

Fourteen-year-old Nour Shahadi, an Arab Israeli who thinks of Dayton as the place she really learned English, is still kvelling about the three weeks she spent at the Seeds of Peace International Camp in Maine this summer.

The camp — the first of two summer sessions — ended with three days of color games. Nour was on the blue team, which won the games.

“We jumped in the lake and the green team followed us, then the white team (the judges), then we were standing all in a big circle singing the SOP song,” Nour says. “It was one of the most amazing feelings.”

Seeds of Peace started in 1993 as a way to bring Israeli, Egyptian, and Palestinian Authority teenagers together in a neutral setting. Founder John Wallach was a journalist and the son of Holocaust survivors. SOP is dedicated “to the pursuit of lasting peace in regions of conflict.” SOP works with young people from several regions in turmoil, but the Middle East is its focus. Shimon Peres, Bill Clinton and Queen Noor are on its advisory board.

Nour came to Dayton in spring 2012 as part of a group of Arab-Israeli middle schoolers brought here by local volunteers for home visits and educational adventures, including museum and school visits and a Passover Seder.

After returning to Israel, Nour heard about SOP from her cousin, and started the highly competitive process of being selected as an Israeli “Seed.” Her skill in English helped her become the next-to-youngest participant in this summer’s camp.

As one of 55 members of the Israeli delegation — which included 11 Arabs — Nour was a camper with delegates from the United States, the Palestinian territories, Pakistan, Afghanistan, India, Egypt, and Jordan. Each student is assigned to three groups: a bunkhouse group, an eating table group, and an activities and dialogue group. Each of these groups has representatives from all the delegations.

The SOP experience combines classic camp activities (games, water sports, general silliness) with daily dialogue sessions supervised by trained facilitators. As the camp website notes, “every part of camp supports the difficult tasks of speaking in ways that allow others to hear what you are trying to convey, and listening even when you don’t like what others are telling you…It isn’t easy.”

In Israel, Arabs such as Nour can feel squeezed, not understood or trusted by either fellow Israelis or Arabs from anywhere else. Arabs comprise about 21 percent of Israel’s population; they are largely Muslim, often live in villages or towns separate from Jews, and speak Arabic at home. They study in Arabic-language schools where Hebrew and English classes begin in elementary school.

On the second day of SOP Camp the flag-raising ceremony was held. Flags of the delegations were raised and national anthems sung.

Nour wrote of the experience, “…the flag raising ceremony was one of my hardest moments because I felt the split of my identity being showed in front of me! Because I couldn’t sing the Israeli anthem nor the Palestinian!”

Israeli Jews face their own discomforts. In a video on the SOP website, a young Israeli talks about realizing her Palestinian bunk mates saw her at first as “a soldier and an occupier” and how she decided to “show them that I am a person and I have feelings…just like them.”

Wallach, the SOP founder, died in 2002. He spoke of the dialogue sessions at the camp as a “detox program to get rid of all the hatred that we have built up inside.”

Austen Brower, a graduate of Bellbrook High School and now an international studies student at the College of William and Mary, was at camp with Nour as a counselor. He says that watching the students transform over the weeks was incredible.

“They start out huddling in their own language groups and in the end they’re all speaking English together and crying and hugging goodbye.”

Nour was surprised at “how fast we became one family that love and support each other! And although we came from different places and the only thing that connected us at first was the conflict (that might set us apart) instead it made us best friends!”

Nour’s time at camp overlapped with the holy month of Ramadan, during which Muslims don’t eat or drink during daylight. “It was the most difficult days of fasting for me: more hours, less sleeping at day and more activities.”

Austen feels his life has been transformed by the “intelligent and passionate” staff and campers he met this summer. “These kids really put themselves out there and realize the other side isn’t as bad as they’ve always heard.”

Nour also feels changed after the camp. Along with more confidence about speaking out and a new resolution to wake up early, she feels she has found “a big new family that you will always be a part of.”

Bestselling novelist and former physician Martha Moody Jacobs helped establish and has taught at the English-language summer camp in the Arab-Israeli village of Deir al Assad since 2008.

When kids come out 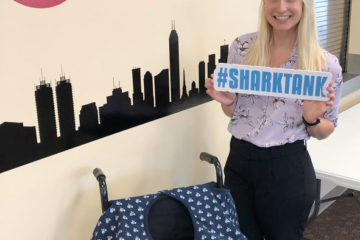