Joyce Dumtschin, who served as cantor at Temple Beth Or from 1998 to 2011, died on Feb. 14 from pneumonia as a result of a weakened immune system from myelodysplastic syndrome. She was 56.

A Chicago native, Dumtschin moved to Dayton with her husband, Irwin, in 1986. Shortly after they joined Temple Beth Or’s choir in 1987, she was asked to become the temple’s volunteer choir director. In 1988, this became a paid position.

A decade later, she was invested as a cantor by the American Conference of Cantors and the Cantors Assembly.

While at Temple Beth Or, she also prepared more than 100 vocal and piano arrangements of liturgical music and trained students for Bar and Bat Mitzvahs.

Just prior to the bone marrow transplant, Dumtschin began keeping an online journal of her medical treatment, at CaringBridge.org. She decided to use the posts as the basis for a book, My Trip to Cancerland; she finished writing the book three days before her death.

“The manuscript is a collection of her CaringBridge posts combined with other thoughts and recollections,” said local author Martha Moody Jacobs, a friend of the Dumtschins. “It’s very moving. The publishing business is tough these days and I can’t guarantee it will be purchased by a publisher, but Joyce’s and my goal is to get it published in some form, on-demand if necessary.”

Three hours after the cantor’s death, Irwin wrote a final post at his wife’s CaringBridge site: “Just as she was before she was diagnosed two years ago, she continued to maintain her wit, humor, courage and strength right through this hospital stay, until she succumbed to the disease.”

The good and holy freedom 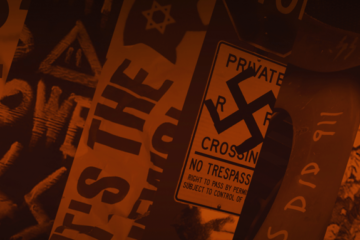