In a Nov. 2 letter to the Jewish community, the Jewish Federation of Greater Dayton announced that it will depart from the Jewish nursing home business as of Jan 1.

On that date, Covenant House, the Federation’s Jewish residential care facility, will be leased and operated by Four Seasons LLP, which owns and operates three nursing homes in Ohio. As part of the leasing agreement, the Trotwood-based nursing facility will no longer carry the Covenant House name.

According to Federation President Dr. Gary Youra, the Federation’s Jewish Senior Service Agency will now expand its focus to provide more care for Jewish seniors in their homes, in assisted living communities, and at nursing homes across the Miami Valley.

“Extensive senior survey results and our own hard data have confirmed that there is far less demand for a Jewish nursing home facility in the Dayton area,” he explained in his letter to the community. “This conclusion (leasing Covenant House) was difficult but necessary.”

The current changes in the Federation’s senior care began with a long-range planning process that has assessed the needs of Dayton-area Jewish seniors over the past four years. Chairs of the Covenant House Long Range Planning Task Force were Elaine Bettman and Dr. Richard Schuster.

Among the key findings of the task force:

• With amenities and services available for seniors to remain independent longer, more opt to stay at home as long as they can, and to use assisted living facilities as alternatives to traditional long-term care.

• If Jewish seniors do require nursing home care, they choose to move to the community where their adult children live.

• Currently, the Jewish Federation provides services to 316 Jewish senior clients. Of these, 196 live at home, 21 are at Covenant House, 31 are at Friendship Village, 44 are at One Lincoln Park/Lincoln Park Manor, and 24 live at other area senior living communities.

Larry Skolnick, Federation’s executive vice president, said that if the Federation hadn’t departed from the nursing home business, the facility would have faced a deficit of nearly $500,000 in 2011.

“Smaller nursing homes are being squeezed out of the market,” he said, because of “fewer private-pay residents, shrinking Medicare reimbursements, and Ohio’s significantly-increased bed tax on nursing homes.”

Covenant House was established in 1954 as the Jewish Home for the Aged on Grand Avenue. In 1960, the Federation began providing overall administration to the facility.

By 1964, the Jewish Home for the Aged officially merged as a division of the Federation. In 1973, the Federation opened the home’s new building, renamed Covenant House, on its Trotwood campus.

“We go out on top,” Youra said of Covenant House. “The nursing home we hand over to Four Seasons is in the very best shape. Our community should take great pride in this.” 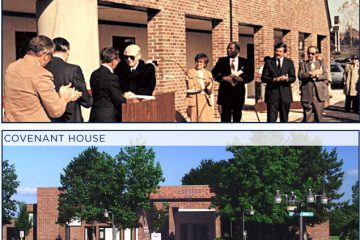 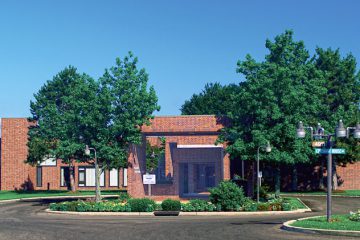