The Power of Stories, A New Series

During high school, my husband lived for a short while with an Israeli family in Rehovot. The patriarch, Aharon Krumer, was the son of a rabbi and thus had a story for every occasion.

A frequent Talmudic favorite was just two sentences: “Rabbi Meir found a pomegranate. He ate the insides and threw away the peel.” Aharon would invariably add, “Get the point?”

Stories can awaken memories, trigger ideas, and arouse emotions. They effectively and efficiently convey everything from information and complex ideas to culture and values. They are a powerful tool for teaching, influencing, and inspiring. Words in stories, like words in speech, have immense power.

The biblical story of Creation itself asserts the power of words. Unlike the cosmologies of other ancient civilizations, in Genesis, God speaks the world into being. “God said, ‘Let there be light’ and there was light.”

Is human speech similarly powerful? The answer may be found in the Targum (written Aramaic translation of the Bible that reflects midrashic interpretations), which describes God breathing into Adam “the breath of a speaking spirit.”

In other words, as Rabbi Eliyahu Safran explains in his essay The Art of Speech, “speech is that which epitomizes the Divine gift inherent in each of us.” It is also the one remnant from Eden that retains eternal life: “our words, and the power of our speech live forever.”

In the next three stories, Jewish tradition explores the power of words and how we are to use our divine gift of speech.

A folktale from the old country tells of a man with a habit of telling tales and passing along rumors about other people.

One day the man’s neighbor approached the town rabbi in great distress, having heard a story being passed around about him that was threatening his business and ruining his good name and reputation.

Approached privately by the rabbi, the talebearer at first protested, saying he meant no harm, it was just a little tale, and after all it was true. But when he heard about his neighbor’s distress, he wanted to make amends.

The rabbi deliberated, then told the man to bring a feather pillow to the top of the town clocktower. When he arrived, the rabbi instructed him to cut open the pillow and shake out the feathers.

After the wind carried them all over the town, the rabbi ordered the man to collect every one. The man gasped.“That’s impossible!” The rabbi agreed. “That’s the way it is with rumors, stories, and secrets. Once they leave your mouth, you can never call them back.”

A Talmudic narrative relates that certain hooligans in Rabbi Meir’s neighborhood caused him a great deal of anguish. So he prayed for God to have mercy on him, that they should die. Rabbi Meir’s wife, Beruriah, said to him, “What makes you think such a prayer is permitted? Is it because the verse states, ‘Let sins cease from the land,’ which you interpret to mean the world would be better if the wicked were destroyed?”

“But,” she continued, “is it written, let sinners (chotim) cease? It is written, let sins (chata’im) cease. One should pray for an end to their transgressions, not for the demise of the transgressors themselves. Furthermore, the end of the verse continues, ‘…and let the wicked be no more.’ Since the sins will cease, there will be no more wicked men!”

“Rather,” she concluded, “pray for them that they should repent, and there will be no more wicked people.” Rabbi Meir saw that Beruriah was correct and prayed for them, and they repented.

Words can be powerful enough to realign our moral compass.

Rabbi Jonathan Sacks retold a story he heard about a shaliach (emissary) who, upon arriving in a little town in Alaska, asked at the town hall about the Jewish community.

Learning there were no Jews there, the shaliach asked if he could give a talk to the children at the local school. Permission granted, he visited a classroom where he asked, “Have any of you ever met a Jew?” One little girl raised her hand. “Yes. My mother.” 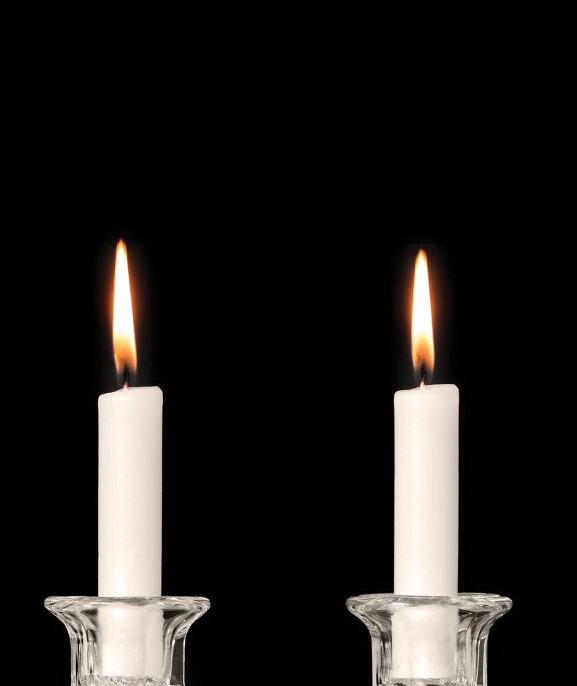 Words can inspire. That little girl had a task to perform for the whole Jewish people, for the whole world. That is how words can change lives.

The Baal Shem Tov taught that every person is allotted a certain number of words for their lifetime. Once they are spoken, we depart from the world. “The next time you are about to utter a word,”

Rabbi Rami Shapiro cautions, “ask yourself whether this word is worth dying for.”

The Memory Monster by Yishai Sarid, translated from the Hebrew. The unnamed narrator of this controversial novel is a promising young Israeli historian and favored guide for Holocaust remembrance trips to Poland. Fixated on the details of life and death in the camps, he struggles to connect with students distracted by their iPhones, with dignitaries and tourists encumbered by time and exhaustion, and a filmmaker whose agenda is unsettling and obscure. Written as a report to the chairman of Yad Vashem, The Memory Monster powerfully recounts the narrator’s frustration and inner turmoil as his job becomes an obsession and he begins questioning the messages we’re really giving in our attempts to memorialize the past. Be prepared to read this short but unforgettable novel in one sitting.

The Mysterious Mr. Mensch: 3 Unforgettable Lessons in Ethics by David Slater. Reminiscent of the ever-popular Magic Schoolbus series, this trio of tales pairs whimsical adventures with ethics and Jewish history. The easy-to-read chapters are perfect for young readers, filled with friendly characters and memorable lessons about treatment of strangers, tzedakah, and repairing the world. A novel approach to learning ethics, this clever series is delightful fun for primary grades.

Diamonds in the rough