Taking their cues from the known universe, game architects construct every detail — visual settings, natural cycles of daylight and seasons, voices and ambient noise, laws of physics, animation — all continuously adjustable for player perspective and movement throughout the world, all meticulously coded.

According to GamingBolt journalist Landon Wright, such games are “massive, mammoth feats of engineering and software programming…almost inhumanly massive in scope and ambition.”

In terms of originality and complexity, Minecraft’s virtual worlds and the real world of Genesis 1 are not even in the same universe. Yet, they do have two things in common: they both arise not from randomness, but from a purpose and a blueprint. We begin to get glimpses of both early in the first chapter of the Torah.

At the beginning of Genesis, God creates light, affirms its goodness, and names light and darkness Day and Night. On the following day, God makes an expanse named Sky to separate the waters of earth from those above but makes no mention of goodness, leaving the second day incomplete. Then:

“God said, ‘Let the water below the sky be gathered into one area, that the dry land may appear.’ And it was so. God called the dry land Earth, and the gathering of waters He called Seas. And God saw how good this was.

By the third day, the world’s architecture is taking on a more recognizable shape. As the lower waters cluster and reveal dry land, the process begun on Day Two is finally acknowledged as complete and good.

It is immediately apparent why. Now supported by sky, waters, and land, myriad vegetation can grow and reproduce, and God affirms this is good, too.

Although science provides much more detail, there is an overall consistency between it and the biblical creation narrative.

Based on rock and mineral analyses, the oceans and land masses formed very early in earth’s development, at least 4.2 billion years ago.

And it’s common knowledge that oceans play a primary role not only in the water cycle, but also in climate control and the production of atmospheric oxygen essential to life.

However, the real significance of Creation is found elsewhere, in the text itself.

An unusual verb expresses the gathering of waters into seas: not the Hebrew kanas like knesset, nor kavatz as in kibbutz, but kavah as in mikveh.

The primitive root of kavah means not only to collect but also to bind together. The earth’s lower waters, collected and bound together in their limited waterways, are also inextricably bound together with the sky and the land.

On this day, the word good is doubled. When the waters are gathered into seas and dry land is established, each designed to support further creation, God sees it is good. And then God imbues earth with the power to generate plant growth, all manner of plants and trees able to reproduce, and God sees this development is good, too.

Unique and purposeful, each component of creation is good.

The Hebrew zera, translated as seed, is used more than twice as often in the Tanakh (Hebrew Bible) to mean offspring.

Reading the text as “offspring-sowing plants of every kind” captures the fullness of plant life with their myriad modes of sprouting growth from spores to seeds. The world itself now begins to create.

Until midway through Day Three, God creates, organizes, and names the components of creation’s framework.

When turning from ordering to populating the world, however, God stops naming. Why? After all, naming and power have been linked throughout history, and the Bible links naming with destiny as well. It would appear that power and the destiny of the world were never designed to remain solely in God’s hands.

By the end of Day Three, the world’s foundation is complete and uniquely devised to cultivate new creations, which in turn can create. God’s blueprint is coming to life.

In this day’s creation story are lessons about vision, preparation, orderliness, and design. But its most significant message is that of the interconnectedness of God and every element of Creation.

Each fulfills a purpose: some support, some nourish, and some create, and each is essential to the whole of creation.

In the words of Rabbi Bradley Artson, Creation’s insight is that “it is not God alone who is one. All is one. We are related to each and to all, as is the Creator.”

Hannah’s War by Jan Eliasberg. Based loosely on the story of physicist Dr. Lise Meitner, Hannah’s War is a fast-paced tale of the race to develop the atom bomb during World War II. Among the refugee European scientists at Los Alamos was a single female physicist, an Austrian Jew who had worked on Germany’s nuclear project before escaping Europe. But her background and odd personality make her a suspect of espionage. A blend of historical fiction and espionage thriller, this novel is provocative and highly enjoyable.

Too Far From Home by Naomi Shmuel. Born in northern Israel, Meskerem takes pride in her mixed Ethiopian American heritage. But when her family moves to the center of the country, many of her classmates have never met a Jew of color and assume she’s a new, “ignorant” Ethiopian immigrant. Their taunting and bullying challenge Meskerem to take an unexpected stand. While an explanation of Operation Solomon would provide helpful context, this novel is a welcome addition to middle school literature on Ethiopian Jewry, as well as themes of tolerance and cultural differences. 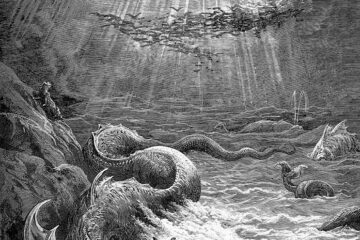 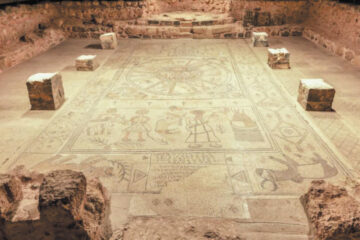 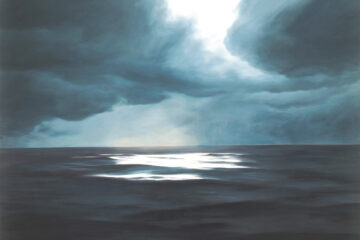