Since I was a child, Purim has been one of the year’s greatest highlights. I continue to look forward to it each year as winter comes to a close. The memories of seeing who had the loudest grogger, of making sure to listen to every word of the Megillah, of the stockpiles of candy collected from friends who delivered the traditional mishaloach manos (gift baskets) all remain vivid in my mind.

As the rabbi’s son, I discovered who the undercover poor of our community were when they would pick up the matanot l’evyonim, the gifts to the poor that had been collected. It always shocked me that some of the most upstanding and respected people of our community were unfortunately broke.

Being young, I looked forward to Purim for its candy, its costumes, and its fun and joyous spirit. As I grew into adolescence, Purim became, in true Chabad fashion, a mitzvah opportunity. As a yeshiva high school student, I took rides all over Chicago’s uptown, downtown, and suburbs, visiting Jewish offices, and homes where my friends and I read the Megillah for people who wouldn’t have the opportunity otherwise. We made instant friends in order to give out more mishaloach manos, and exhausted, we came home to the wonderful Purim feast catered by our faculty and their families.

But only when I became an adult did Purim’s true meaning really hit home. It was time not only to be an activist for others, but to absorb inwardly the message the story of Esther was teaching me.

The Jews of Persia and Media were in a terrible predicament, facing antisemitism in its worst form. The wicked Haman didn’t even bother dressing his views in political correctness. He was open and straightforward — he wanted his land Judenrein. Sound familiar?

The future looked bleak and the Jews began to despair. Mordechai, with his deep faith in the Almighty, was the quintessential leader of the Jewish people, and he was also well respected in the king’s palace. Mordechai now had to save his people from total annihilation. His closest ally was Esther the queen. He beseeched Esther, “Please, go to the king, even though you risk your life.

Perhaps the only reason you were made queen was to be able to intercede at this moment. Will your name be lost to history due to your silence at this trying hour?”

Esther, though, reprimanded Mordechai. While agreeing to risk her life for her people, she told him, “We Jews don’t rely on political advocacy. We rely on our Father in Heaven. Gather all the Jews: men, women, children, and have them pray, fast, and repent for three days. Only then will I advocate on the Jewish people’s behalf.”

And so Mordechai did, and the rest is history.

We tell this story and celebrate it yearly not as a triumph of old, but as an ever-relevant battle plan. Troubles are facing our people once again. Our first instinct is to travel the natural path: protest, advocate, lobby, build relationships, and educate the masses of the great injustice.

We forget that our people’s existence defies all natural explanation because we are not governed by the laws of nature. We are Godly people. When we face a crisis, we must first and foremost turn to God, who isn’t only within nature but above it as well. We must remember Esther’s message to Mordechai. Put God first. Only then is advocacy a tool.

We applaud and support those who stand up on our behalf. Our true power, though, lies in our prayer and good deeds. When we have reconnected to God through prayer, Torah study and doing mitzvos (commandments), we are confident that we will survive. Not only will we survive, we will thrive as we have seen for thousands of years.

This Purim, I encourage you to participate in the mitzvos of Purim. It will strengthen our connection as a people to our Father in Heaven. We will then have the power to advocate to protect our people. Hear the Megillah, give out shalach manos, donate a financial gift to (at least) two poor people, and join a festive Purim feast. Be joyous and merry, trusting God’s promise that our future is bright.

We must be vigilant about the power of our words & actions

To create a home for God 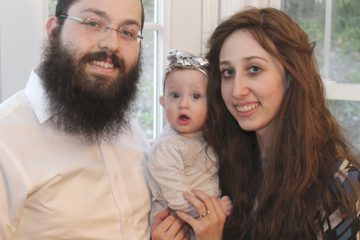