Frontier justice. Outlaw gangs. Gunslingers. Vengeance-seekers. Accurate or not, these images of the Wild West reflect widely-held views about the American era of westward expansion. They’re not all that different from images of a periodically chaotic, lawless, and violent Israelite experience during the settlement of Canaan as recorded in the Book of Judges.

Except for Samson and Delilah, tales of the biblical judges are unfamiliar to most modern audiences.

After the death of Joshua, Israel began to adopt pagan ideas and practices from the surrounding communities.

In response to their abandonment of the Covenant, God allowed Israel to be oppressed by foreign nations. When the Israelites cried out, God sent a judge to vanquish their enemies, and Israel returned to serving God — until they didn’t. Seven times this cycle repeated, a downward spiral of corruption, subjugation, repentance, and deliverance.

The Book of Judges is arguably the goriest narrative in the Bible. Nevertheless, it offers a wealth of wisdom, with three themes of particular relevance for today.

Zicharon — Remembrance
The Book of Judges records that “The people served the Lord during the time of Joshua and the lifetime of the older people who lived on after Joshua and who had witnessed all the marvelous deeds that the Lord had wrought for Israel… Another generation arose after them…They were quick to turn aside from the way their fathers had followed in obedience to the commandments of the Lord.”

How could Israel have abandoned their ancestry, God, and the commandments? The text answers, “They forgot the Lord their God.” Not literally, of course. But, influenced by the surrounding pagan cultures, they began treating God like the local single-purpose deities, to be called upon only for rescue from oppression.

Then again, who was instructing Israel about the uniquely singular God of Exodus and Creation who desires ethical behavior? Who was encouraging Sinaitic traditions or culture? Who was teaching the Israelite story? The text is silent.

“Memory is a gift,” writes pastor, author, and educator Charles Swindoll. “Remembering the past teaches us countless lessons about how to live today. The Israelites forgot. They did not remember the miraculous events that brought them to their land or the covenant that united them to their God.”

Wisdom: The loss of memory is the loss of identity.

Manhigut — Leadership
More than half of the judges accomplished their tasks in narratives of a few verses and died in relative obscurity. Other chronicles are more detailed.

An ingenious military strategist, Gideon refused to accept the Israelites’ request to be king, in deference to God. Yet the golden ephod he made to commemorate his victory became an object of Israelite worship.

Jephthah offered peace and conciliation to Israel’s enemies before taking up arms. After a victorious battle, though, he sacrificed his daughter in fulfillment of his oath.

As for Samson, he successfully began the rescue of Israel from the Philistines as God had predicted, despite his penchant for juvenile pranks, womanizing, and vengeance.

Applauded for their significant accomplishments, these judges are also recognized as flawed individuals.

Leaders can fail in one area while fulfilling an important role in another, notes Prof. Elie Assis, head of the Department of Bible Studies at Bar Ilan University. “At times (judges) demonstrate spectacular courage, charisma, ingenuity and leadership, and sometimes they are seen as possessing a problematic personality.”

However, he continues, a worthy leader is one who, first and foremost, worries about the nation.

Wisdom: Quality leadership is demonstrated by commitment to the group and its mission, not public acclaim or personal perfection.

God selected a common farmer, Gideon, and a left-handed soldier, Ehud — oft despised castes — to be Israel’s champions. Jephthah, despite being a notable warrior however, was rejected by his half-brothers for being the son of a prostitute. He fled, becoming the leader of a band of worthless rebels.

Wisdom: How we see others is often what they become.

Despite Gideon’s divinely-inspired defeat of the Midianites, the Israelites forgot the Lord and failed to show loyalty to Gideon’s family after his death.

Thus it happened that Gideon’s selfish son Abimelech was able to murder all but one of his 70 half-brothers, crown himself king, and tear apart a nation before he was killed.

When challenged over Israel’s right to the land of Gilead, Jephthah offered a calm and reasoned response in the vain hope of averting a war.

To secure a military victory, he rashly vowed a sacrifice and his daughter died as a consequence.

In a separate tale, Samson shared the secret of his strength with Delilah in response to her flattery and deceit. As a result he was blinded and enslaved.

Wisdom: Every word and every silence has substance and power.

The Book of Judges concludes, “In those days there was no king in Israel; every man did what was right in his own eyes.” Reflecting an era of moral relativism not unlike that of today, this chronicle of the biblical Wild West is thought provoking and well worth mining for its nuggets of time-tested wisdom.

Yaffa and Fatima, Shalom, Salaam by Fawzia Gilani-Williams. In the Land of Milk and Honey, neighbors Yaffa and Fatima are both alike and different. Most importantly, they are friends. And they worry about each other when a drought threatens their date crops. In this beautiful and creative retelling of a folktale featuring two brothers, expressive line drawings on neutral backgrounds are highlighted by signature blue and red colors. A simple but well-crafted story about cultural differences, shared humanity, and friendship for preschool and primary grades.

This Narrow Space: A Pediatric Oncologist, His Jewish, Muslim, and Christian Patients, and a Hospital in Jerusalem by Elisha Waldman. A memoir and a commentary on cultural and social issues in Israel, this nonfiction work is hard to put down. Filled with engaging anecdotes, observations, and critiques, Narrow Space is as much about the author’s maturation as it is about his patients and their families. An idealistic immigrant, Waldman is quickly faced with the realities of the Israeli medical system, challenges in patient access, and confusing cultural nuances. But his disenchantment doesn’t overshadow the impact of his stories and reflections on the interplay of medicine, culture, and hope in managing chronic and terminal conditions in children. Thought-provoking. 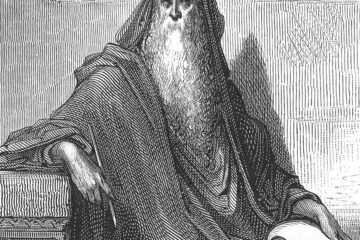 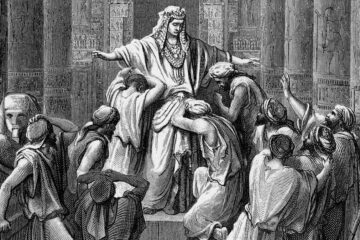