The modern plague of plastic pollution

Tikun olam, the notion that we have been tasked by God to repair the world, has rarely been associated with garbage.

Yet, from an environmental perspective, wastefulness is a destructive act. If we are to repair the world, we would do well to not destroy it in the first place.

The things we discard do not simply disappear. The 2008 Pixar film WALL-E speculates what the world will look like if we don’t change our modern habits — an Earth transformed into a desolate wasteland, barren of life, where one robot faces the impossible task of removing humanity’s mountains of trash.

If WALL-E were a Jewish human being, and his obsession with Barbra Streisand can suspend our disbelief, we would say that his daily work of fixing a hopelessly broken world follows in the tradition of tikun olam.

Our current situation is not yet the fictional dystopia of WALL-E. But considering the rate at which we throw things away, it may become a reality.

According to John Woodman, community program specialist with Montgomery County Environmental Services, “The average resident of Montgomery County produces an average of five pounds of waste each day, (and) 17.8 percent of that waste is plastic.”

The landfill will continue to grow and sprawl, as it is designed to prevent all trash (even food waste) from biodegrading.

Plastic, however, poses an additional threat, as it leaches chemicals into the soil. When a discarded piece of plastic is not contained in a landfill, it contaminates rivers, lakes, and oceans — and kills marine life.

When exposed to UV rays, plastic takes hundreds of years to break down into smaller pieces, but it never completely disappears.

Most plastic is not recycled
How long does it take you to drink a Frappuccino? After a few minutes, you toss out the cup, the lid, and the straw in Starbucks’ reassuring recycling bin.

The problem, however, is that none of those plastics are actually recyclable in the state of Ohio or many other parts of the country. The paper cup for your hot coffee is lined with plastic too, so it cannot be recycled either.

Plastic markets are finicky and depend on the cost of fossil fuels, which have recently plummeted. It’s very cheap to make new plastic, and it’s very expensive to recycle it.

Currently, local haulers like Rumpke and Waste Management only accept plastics with a neck (bottles, jugs and jars), which means that all other items will go into the landfill.

Recycling is not the answer. Only about 9 percent of all plastics are actually recycled. China, the biggest importer of our plastic waste, will no longer accept our plastic recycling, which means that even more plastic will go to the landfill.

Who benefits from plastic production and who is harmed by it?
We are constructing mountains of trash, spewing tons of carbon into the atmosphere, and poisoning our food and water supply for throwaway items we don’t need.

During the last 10 years, we have produced more plastic than during the entire last century, and the amount of plastic produced will increase exponentially, according to EcoWatch.

Fossil fuel companies have invested $180 billion in plastic manufacturing to increase plastic production by 40 percent, even though it is detrimental to animal and human health.

Plastic pollution poses an existential threat to marine life and to creatures on the coasts. If the thought of a dying sea turtle doesn’t move you, the thought of plastic fragments floating around your own intestines just might. A recent report from The Guardian found that human beings ingest plastic through seafood consumption.

Other studies have shown that we are drinking our plastic as microfibers, which are present in both tap and bottled water.

Plastics contain harmful chemicals that have been shown to disrupt endocrine functioning, and these particles can attract other toxins, posing additional threats to human health.

Finding solutions by challenging the culture of convenience
Plastic pollution is a design choice. As we try to become better stewards of our fragile world, we are faced with the Goliath of consumer convenience culture that floods restaurants and supermarket shelves.

To reduce disposables requires a cultural shift. Plastic manufacturers advertise their wares as the social norm and we are buying it, figuratively and literally.

Changing social norms and habits require intentionality, patience, and a bit of courage to challenge the status quo.

But if our people feared non-conformity, Judaism and Jewishness would have long ago disappeared.

As Jews, we have faced Goliaths before, and won. Even if we cannot change things overnight, we can repair our world one choice at a time.

As individuals and as a community, we can choose reusable plates, cups, and cutlery for our daily meals and celebratory gatherings.

We can compost rather than throw food away. We can become more discerning about green-washed products like “compostable plastics,” which will only break down in an industrial composting facility that does not exist in our county.

Disposables hold a special attraction in Jewish life because they make it easier to observe kashrut, especially during Passover.

Recently, there has emerged an eco-kashrut movement that asks Jews to consider the environmental impact of dietary practices.

If the laws of kashrut are intended to bring us closer to God by making our consumption of Divine creation more intentional, we should remain mindful of how new technologies might obstruct the sacred bond between humanity and the Earth.

Rabbi Arthur O. Waskow, a key leader of the Jewish Renewal movement, asks, “Is it eco-kosher to drink Kiddush wine from non-biodegradable cups?”

It is worthwhile to explore alternative materials that will be better for the earth and represent our Jewish values.

Tikun Olam requires us to think of solutions to new problems in a rapidly changing world. It is up to us to take reparative action as individuals and as a community by refusing, reducing, and reusing even when it isn’t easy.

Let’s make bold and confident resistance to mindless convenience integral to our Jewish practice, to our Jewish legacy. Let’s leave our children and grandchildren with a better world, where their reparative efforts can be directed toward loftier goals than cleaning up the trash we left behind. 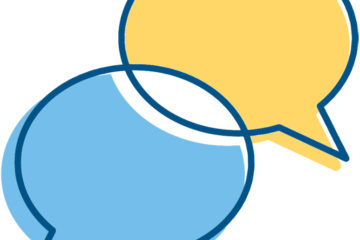 We must be vigilant about the power of our words & actions

The modern plague of plastic pollution