Mukbang is not as porny as it sounds, although this genre of online entertainment is almost equally voyeuristic. Originating on South Korean television in 2010, the term is a composite of the words meokneun (to eat) and bangsong (broadcast). It has turned into a global YouTube phenomenon where mukbangers eat massive quantities of food while chatting about their day.

In its westernized version, the mukbang genre overlaps with other kinds of popular watching experiences.

Some are of the ASMR (audio sensory meridian response) variety, with an emphasis on slurping, chewing and soft talking in between bites.

Others are a subgenre of fitspo (fitness inspiration), where buff spartans enjoy an all-out cheat day after months of lean proteins and veggies.

And thousands of viewers, myself included, watch these videos as a way to participate in a guilty pleasure without compromising health or conscience.

It might seem like a strange pastime, but let them who have never dreamed of eating an entire cake with their hands cast the first stone.

Although I enjoy these videos, I wonder whether it is morally wrong to do so? Is this media ethically fit for consumption? 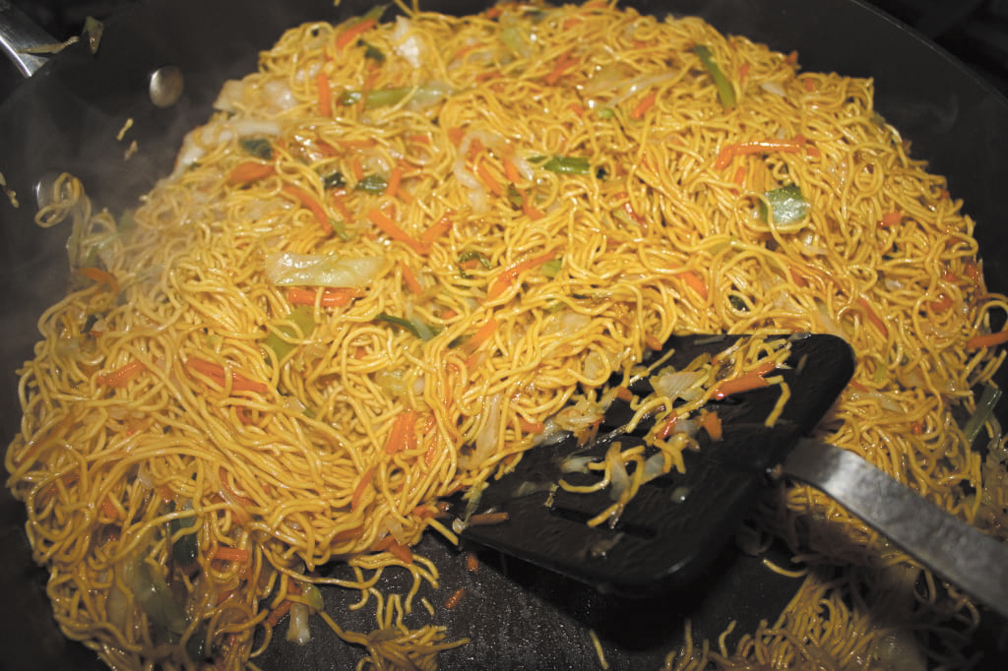 My personal attraction to the spectacle of gastronomic immoderation goes back to my childhood. Although my family never starved, we did experience food insecurity in the late years of the Soviet Union and during our HIAS-sponsored journey to the United States.

In the late 1980s, Soviet store shelves emptied of many luxury items like sweets. I would pore over photos of desserts in cookbooks and reread the foodie chapters in my favorite Astrid Lindgren books, drooling over the pepparkator cookies in Pippi Longstocking, and all the cakes and jams from Karlsson-on-the-Roof.

After we left Soviet Ukraine, we traveled through Austrian and Italian HIAS checkpoints — the lands of Kinder eggs and Nutella. We continued to shop cautiously, fearful that the allowance we received would run out. I felt taken care of, but I was constantly hungry and craving the frivolous novelties we rarely bought.

Coming to America was akin to winning a golden ticket to Willy Wonka’s factory. Like all émigrés in the late ‘80s, we discovered the frugal joys of Aldi way before it was cool. We plundered the aisles, filling our cart with Swiss cake rolls, Crunch bars, and tubs of off-brand ice-cream. Little Debbie never stood a chance.

I had a huge growth spurt the summer of 1989 and like some mukbangers of today, I ate with abandon without gaining weight.

It was only when I started Jewish school that I realized that food could be a source of embarrassment. My family couldn’t grasp the concept of “milk days” and “meat days” in the school’s kosher cafeteria.

Exiled to the treyf (non-Kosher) table, I became best friends with the other Russian kids, all of us greedily chowing down our beef kotletky (Russian meatballs) with American cheese slices.

Of course, pre-teen body shaming followed. I quickly fell into the ranks of girls who eat a “lo-fat” yogurt for lunch at school and come home to feed on the unsuspecting contents of their fridge like some famished predator.

But I think the appeal and shame of gluttony is more complex than issues surrounding body image, especially now.

Since we’ve entered the age of the 21st-century Covid-19 pandemic, some Americans are witnessing bare shelves and disruptions in the food supply for the first time in their lives (unfortunately, for many, food insecurity is nothing new).

Those lucky enough to afford food are venturing to the store less often to minimize risk of exposure and possibly rationing their weekly provisions.

I asked Rabbi Josh Ginsberg of Beth Abraham Synagogue how gluttony is perceived in Judaism and he explained that while it isn’t a fundamental sin, “gluttony is viewed as a personal failing or a social transgression.”

The historical reason for this is likely that overindulgence was deemed socially repugnant during times of scarcity.

Indeed, watching mukbanger Katina Eats Kilos consume 11 pounds of Mexican food for her 2020 Cinco de Mayo video already feels like an obnoxious vestige of some distant gilded age. There is tone-deafness in this excess that brings to mind hoarding and food waste.

If we think of kosher as a term that considers the ethical consequences of our appetites, then is mukbang “fit to eat” in the current moment or should it be relegated to the treyf table with other sordid media?

Is it an exploitation of the eater, or is the sponsorship money a good earning opportunity, arguably less demeaning than other ways to make a buck on the internet during an economic recession?

Does it encourage disordered eating at a time of extreme stress or prevent it by simulating binging?

Judging by the comments on the videos, many viewers eat the perennial lo-fat yogurt while watching someone devour dozens of donuts.

I still haven’t resolved for myself whether it’s right or wrong to gorge by proxy, but I am certain that virtual experiences will continue to replace our real-world vices in the new reality of the Covid-19 pandemic and beyond.

Masha Kisel is a lecturer in English at the University of Dayton.

Parenting teens in a time of crisis