“Then Haman said to King Ahashverus: ‘There is a certain people dispersed among the peoples in all the provinces of your kingdom who keep themselves separate. Their customs are different from those of all other people, and they do not obey the king’s laws; it is not in the king’s best interest to tolerate them (Scroll of Esther 3:8).’”

On the eve of this year’s anniversary of International Holocaust Remembrance Day, Polish President Andrzej Duda introduced a bill outlawing the use of the term “Polish death camp” and criminalizing accusations against Poles for complicity in the Holocaust, including the murder of three million Polish Jews.

Duda signed the bill into law on Feb. 6.

The Polish relationship with its Jews has always been ambivalent, fraught with hospitality and hostility, compatriotism and complicity, heroism and hatred.

On the one hand, countless Polish people risked their lives to save Jews before and during the war. On the other, Poland is a nation with a longstanding tradition of antisemitism. Without its citizens’ complicity, the Germans could not have carried out their deeds. Such ambivalence is nothing new.

Before World War II, there were 3.5 million Jews in Poland, about 10 percent of the general population. How did the Jews get there in such large numbers? As Jews fled persecution in Western Europe in the 12th-14th centuries, Poland opened its doors to our people in hopes of economic enrichment.

Within a short time, Poland became a homeland to Ashkenazi Jewry. Jewish tradition has it that, as Jews migrated eastward, they heard God proclaim “Poh lin” (here rest), and from this we get the Hebrew name for Poland: Polin.

No king was more welcoming than Casimir III (1310-1370), who protected the Jews from trumped up blood-libel and well-poisoning charges and rampant pogroms. And in a remarkable echo of the Purim story, tradition has it that it was Casimir’s Jewish Queen Esther who inspired the king’s tolerance.

While hunting in the forest, Casimir chanced upon a wild animal threatening the lovely daughter of a poor Jewish tailor from Opoczno. Her name was Esther (Esterke in Yiddish). The king fell madly in love and took her as a wife or consort (depending on who is telling the story).

Casimir set aside an enclave north of Krakow for all the Jews and built Esterke a spacious castle, which included a tunnel leading to his palace in Wawel. Esterke served as the king’s adviser, encouraging him to build not in wood but stone, tolerate different religious faiths, engage in free trade, and support Poland’s cultural development. Casimir’s subsequent loyalty to his lover’s people made Poland a paradise for the Jews.

Such a beautiful love story of crossing faith and cultural boundaries seems the stuff of fairy tales. Playwright Aaron Zeitlin depicts Casimir saying to his Esterke, “We shall die. But so long as your race and mine inhabit this earth, it is not ended, Esterke of Opoczno!”

Yet Haman’s perennial distrust of “a people apart” pervades the Polish Queen Esterke’s story even as it was a central motif in the life of the Persian Queen Esther.

Polish folklore says the king never married Esterke, that she was simply his mistress. Casimir’s wives — Anna of Lithuania, Edelheit of Hesse, and Hedwig of Zagan — were jealous of the king’s paramour, especially since Esterke was the only woman to give Casimir sons. The jealous wives scratched evil epitaphs on the walls of Esterke’s house denigrating her as an inferior foreigner. Jewish legends suggest that only her kosher mezuzah protected Esterke from Casimir’s wives’ evil designs.

Polish lore turns even darker suggesting that when Esterke learned the king had been unfaithful to her, she committed suicide by jumping out a window of her castle.

Jewish folklore does not speak of suicide but reports that after her death, a heartbroken Casimir removed Esterke’s eyes and heart and placed them on the wall near his bed in a mounting inlaid with gold and precious gems.

Tradition has it that without her eyes and heart, Esterke was never able to find her way to the World to Come.

These macabre tales hint at the ambivalence Poles and Jews felt about blending their cultures and the existential gulf between the Jews and their Polish Catholic neighbors.

Poles never embraced a Jewish queen as a heroine, decrying her impure motives, suggesting that she exploited her status as the king’s beloved simply to advance the interest of her alien people, “a people apart.”

And the Jews were conflicted about celebrating the intermarriage of Esterke and the Catholic king. As in the Purim story, Jewish lore implies Esterke’s act of self-sacrifice was only for the survival of the larger Jewish community. However, beware, for in following her eyes and heart, Esterke literally lost them.

As in the Purim story, there are no overt miracles, yet we see the Divine hand in the actions of our heroes and the survival of our people.

Neither will there be Divine intervention in today’s world of increasing antisemitism, intolerance and Holocaust denial. It remains our task to be God’s hands and voice fighting hatred, bigotry and historical revisionism.

Or as it is written: “If you fail to speak up now deliverance will have to come from another quarter, but you and your household will perish. Who knows whether you have been put here for a time just as this (Esther 4:14).” 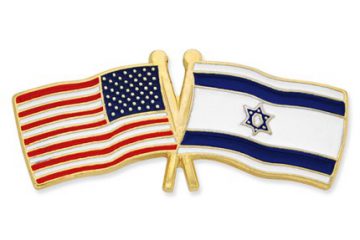 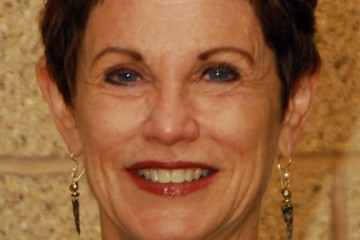