How to make perfect cheesecake 5 ways

Cheesecake is the iconic Shavuot dessert. But it requires some tips and techniques to get it right. And not everyone agrees on what makes a cheesecake perfect. Some like it dense; others, fluffier. Purists say it should be simple, but lots of people prefer it fancy, with flavors and toppings.

Long ago, I created a basic batter that works for almost any type of cheesecake you can imagine. In our family, we prefer a dense, rich, creamy version, so I use all cream cheese.

But sometimes I make a slight change to lighten it up (I use one cup of ricotta cheese to replace eight ounces of the cream cheese in my recipe).

We like it slightly tangy too, so I usually include sour cream or unflavored Greek yogurt. But if I don’t have either of those in my fridge, I substitute it with an additional half cup of cream and add a tablespoon of flour to better bind the batter together.

This basic batter is amazingly versatile. You can use it to concoct all sorts of fabulous variations — strawberry-topped or chocolate or pumpkin and even elaborate versions such as turtle cheesecake. Here are some of my favorite adaptations:

Half-and-Half Cheesecake: add five ounces melted chocolate to half the batter, spoon the chocolate batter into the pan, then carefully spoon the vanilla batter on top.

Turtle Cheesecake: omit the graham cracker coating for the pan. Instead, make a bottom crust by combining one cup crushed graham crackers with a quarter cup of brown sugar, then work in four tablespoons of butter until crumbly. Press into the pan and bake (no need for the second pan yet) for 10 to 12 minutes. Spoon in the basic batter and bake as in the basic recipe. Let the cake cool.

For the top: heat a quarter cup of cream until hot, add three ounces of chopped chocolate and stir until melted. Let cool slightly and spread over cool cake. Scatter tablespoons of chopped nuts on top. Optional: pour caramel sauce on top of cut slices of cake.

Preheat the oven to 350 degrees. Spread the butter on the bottom and sides of a 9-inch springform pan.

Sprinkle the inside of the pan with the graham cracker crumbs. Shake the pan to coat the bottom and sides of the pan completely.

Beat the cream cheese in the bowl of an electric mixer set at medium speed for one to two minutes or until the cheese has softened and is smooth.

Gradually add the sugar and beat for two to three minutes or until the mixture is smooth, scraping down the sides of the bowl occasionally with a rubber spatula.

Add the vanilla extract, sour cream and whipping cream and beat for one minute or until the batter is smooth.

Add the eggs one at a time, beating after each addition to incorporate them. Pour the batter into the prepared pan.

Place the springform pan inside a larger pan. Fill the larger pan with enough hot water to come at least one inch up the sides of the baking dish.

Bake the cake for 65 to 75 minutes or until the top of the cake is tanning lightly. Remove the springform pan from the water and let the cake cool in the pan.

When the cake has reached room temperature, refrigerate it at least four hours or until it is thoroughly chilled. Remove the sides of the pan to serve.

To read the complete May 2017 Dayton Jewish Observer, click here. 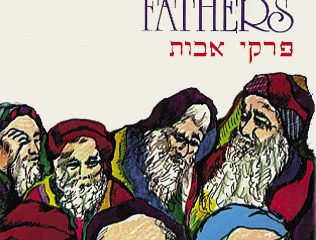 How to learn … so our children will too

How to make perfect cheesecake 5 ways