Chapter Six in the Mishnah of Ethics of Our Fathers, or Tractate Avot, is customarily read on the Shabbat afternoon before the holiday of Shavuot.

Shavuot is the holiday that commemorates the giving of the Torah by God to the Jewish people, and this year will be on May 31 and June 1.

The chapter we read contains many sayings and parables about the greatness of the Torah.

The Mishnah is the first major written work of the Oral Torah, compiled and written by Rabbi Yehuda Hanasi in the second century of the Common Era. The most famous of the 63 tractates is Avot, Ethics of Our Fathers.

Tractate Avot is not a compilation of laws like the other books of the Mishnah, but rather ethics and teachings shared by many different rabbis.

These ethics are a guide to how we can live our lives with a spirit and enthusiasm that goes beyond the letter of the law.

The following story from the Talmud illustrates just such a level of enthusiasm.

Hillel was one of the famous Mishnaic sages who lived around 100 B.C.E.

One Friday, Hillel had not earned any money from his work and, therefore was unable to pay the entrance fee when he came to the study hall.

Instead of returning home, he climbed the roof and listened through the skylight to the Torah class being taught by the two great teachers, Shmaya and Avtalyon.

So focused was Hillel, that he did not realize that the temperature had dropped and snow had begun to fall.

Covered in snow and freezing cold, Hillel suffered from hypothermia and lay unconscious on the skylight.

The next morning, when the rabbis noticed that there was no light shining through the skylight, they climbed up and discovered Hillel.

They quickly brought him down and revived him, kindling a fire to warm him up, even though it was Shabbat.

As we approach the holiday of Shavuot, the time of the Giving of the Torah, let us take a lesson from the great sage Hillel and his outstanding love for learning Torah.

This year on Shavuot, let us relive the Giving of the Torah and brighten our homes and families with our heritage, maintaining the golden chain that began on Mount Sinai.

Nowadays, when we have easy access to hundreds of online Torah sites and classes, let us value the precious gift of Jewish learning and make a firm commitment to study each day.

Speedily in our days 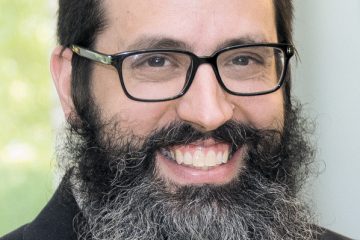 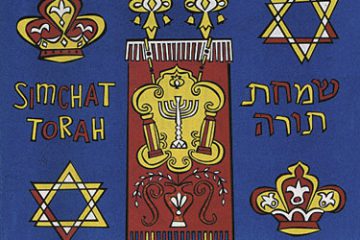