On April 26, the board of Beth Abraham Synagogue voted to move ahead with plans to relocate to a 54,832-square foot building on the former site of NCR’s Sugar Camp in Oakwood.

According to Susie Katz, president of Beth Abraham, the opportunity came about because of the purchase of the 24-acre Sugar Camp site by Dayton businessmen Sandy Mendelson, Allan Rinzler and Lee Schear. All are members of the congregation; Schear serves as Beth Abraham’s treasurer. The three investors completed the purchase of Sugar Camp on May 1.

“It’s all a huge challenge,” Katz said. “But it’s so exciting and it feels like such an incredible opportunity. It feels like we’re really stepping into Beth Abraham’s future knowing exactly what we’re doing.”

Matt Arnovitz, co-chair of the synagogue’s building committee, said the Conservative congregation’s relocation from its home of 58 years on Salem Ave. will be “a purchase, but there’s some friendly terms to the synagogue that are mutually beneficial.”

He said the building committee had identified four potential areas where the synagogue could relocate. “But this one — the one we hadn’t even dreamed was a possibility — came true, which was beyond our expectations,” he said.

“We took our board for a visit there,” Katz said, “and there were several people on the board who were dragging their feet. They didn’t want to move. And at this site, they changed their mind. It’s that special.”

“Our initial charge when we started this process 18 months ago,” Arnovitz added, “was to always consider doing some sort of a campus that would include other potential Jewish organizations on the site, if possible.”

Katz said the Beth Abraham board formally voted to share its campus, with no specific Jewish organization in mind.

‘Many things still in orbit’
For the 15 years he’s lived in Oakwood, Schear said he’s always seen Sugar Camp as an opportunity for multiuse development, including residences, office buildings and nonprofits in one place.

“The fact that I was thinking of that at the same time as the project to relocate Beth Abraham,” he said, “was kind of the perfect storm of opportunity that wouldn’t have worked together separately. Beth Abraham probably wouldn’t have had the endurance to negotiate on and off for the past three years for that property. It just came together.”

If all goes according to plan, the congregation will move there in time for the 2007 High Holy Days.

But much remains to be done. The acreage Beth Abraham will acquire — estimated at between five and seven acres — has yet to be determined.

“The costs are still open,” Schear said, referring to the land and construction. For this reason, the synagogue hasn’t come up with a total fund-raising goal for the project.
“We don’t want to have a mortgage,” Katz said. “We want to have an endowment right at the very beginning.”

Beth Abraham has hired Levin/Brown and Associates of Owings Mills, Md. as the architectural firm for the project.

“They are the most nationally experienced at building synagogues in the country,” Arnovitz said. He added that the firm is developing a design to fit Beth Abraham’s current stained-glass windows into the new site.

“The ball’s kind of in our court,” Arnovitz said. “All our committees and board have to come together and agree on what we’re doing. We’ve spent a lot of work to get to the beginning of the process.”

“There are so many things still in orbit that have yet to land,” Schear said. “I think we’re all a little wary of the fact that there’s so much to do before we get there.” 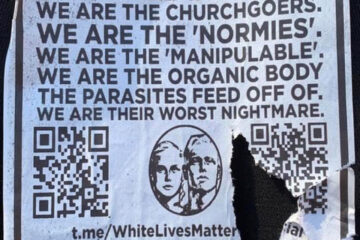