In the Netherlands, he and his family rescued Jews from the Holocaust

Longtime Tipp City resident Marinus Bosma — a recipient of the title Righteous Among the Nations from Yad Vashem: The World Holocaust Remembrance Center in Israel — died Nov. 4 at the age of 97.

Natives of Arnhem in the Netherlands, he, his parents, and his sister found shelter for at least 30 Jews and they themselves housed at least 12 during the Holocaust.

In 1943, Bosma and his father brought the last group of Jews to Amsterdam where they were handed over to another group that helped them escape to Belgium. Between 1943 and 1945, the Bosmas were in hiding as members of the Dutch underground.

Yad Vashem honored Bosma with the medal and Righteous Among the Nations title in a ceremony at the Dayton Art Institute in 2005. The event also honored his parents and sister posthumously.

“That’s the way we honor and respect and love the people who saved the Jews,” Uriel Palti, consul general of Israel to the Mid-Atlantic Region in the United States, told Bosma at the ceremony.

As Bosma accepted the medal, he cried. Before the ceremony, Bosma told The Observer he wasn’t sure he could handle the emotions behind the award. He spoke of his mother, who insisted that his family could not look away.

It was his mother who placed more than 30 Jews seeking safety and housed and fed first a family of four and then another group of eight for more than a year before the Bosmas were caught.

To make room for everyone to sleep, the Bosmas constructed Murphy-style beds throughout the house that folded up to resemble bookcases.

The bottom drawer of the buffet was removed, and molding was added to conceal a trap door leading to a hidden crawl space.

Bosma’s mother and sister were visiting a relative when the Gestapo knocked on the door in the summer of 1943.

A well-practiced plan went into action. His father pretended to be upstairs changing while Bosma yelled that he couldn’t find the key to unlock the door.

The Jews in hiding opened the buffet’s trap door, dropped to the floor, and rolled into the crawl space. It took seconds and left no evidence for the Gestapo.

Father and son convinced the Gestapo they had the wrong house. The next day, the two divided the hidden Jews and took them on separate trains to Amsterdam; all were lucky enough to avoid ID checks.

Bosma returned home to find his mother and sister interrogated by the Gestapo.

While police questioned Bosma, his mother asked to walk her daughter to school. While she was out, she asked a friend to intercept her husband and prevent his capture. Then, while the Gestapo watched the front door of the house for her husband’s return, she led the family out the back.

The family endured nearly two years of separation while living underground. Bosma lived in the countryside with a sympathetic family and another refugee. In the resistance, he blew up rail lines supplying the Germans.

In 1945, he joined the Dutch army, helping to liberate the Indonesian colonies from the Japanese. There, Bosma met his wife, Nelly Marie Bosma. She died 25 days after her husband, Nov. 29, at the age of 96. They were married 73 years. 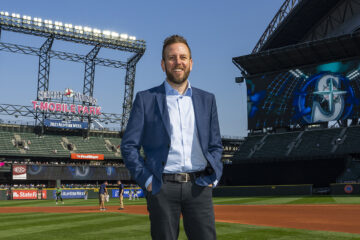