Eva Strauss Izenson passed away on March 22 at home with her husband and three children by her side. Born in Leipzig, Germany in 1937, Eva grew up in Portsmouth, Ohio. She practiced as a dental hygienist after graduating from The Ohio State University. She enjoyed traveling, playing competitive bridge, and, above all, spending time with her family and friends. Eva was preceded in death by her parents, Herbert and Gisela Strauss. She was survived by her husband of 63 years, Fred; her children and their spouses, Mark Izenson and Susan Sheffield of Atlanta; Rivers and Cathy Jenkins of Charleston; Dan and Peggy Izenson of Cincinnati; and her grandchildren, Riv, Peter, Cason, Sam, Will, Molly, Lark, and Chris. Donations may be made in Eva’s memory to the UD Men’s Basketball Restrictive Fund, 300 College Park, Dayton, OH 45469-7054. 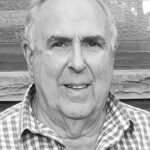 Fred M. Izenson, age 87 of Kettering, passed away April 4 at Cleveland Heart Clinic with his three children by his side. Sadly, Fred‘s beloved wife and companion of 63 years, Eva Izenson, passed away less than two weeks prior. Together, they cherished spending time and holidays with their children, grandchildren, and friends. Fred is survived by his loving children, Mark (Susan) of Atlanta; Cathy (Rivers) Jenkins of Charleston; Dan (Peggy) of Cincinnati; his grandchildren, Riv, Peter, Cason, Sam, Will, Molly, Lark and Chris; his sister Nancy (Ira) Leeds of Davie, Fla., and her daughters, Marci, Susan and Jennifer. Fred was preceded in death by his parents, Rae and Al Izenson, and in-laws, Herbert and Gisela Strauss. Born in Pittsburgh, Fred grew up in Weirton, W.Va. He attended the University of Michigan, where he proudly played first clarinet in the marching band. He graduated from the University of Miami and earned his Juris Doctor degree from The Ohio State University. Fred practiced law for 41 years in the Dayton community, followed by 15 years as a magistrate for Vandalia Municipal Court. Among his many legal appointments, he served as assistant City of Dayton prosecutor and law director for the City of Trotwood. Fred’s hobbies included painting, cartooning, writing and rooting on the Buckeyes and Flyers. Family meant everything to “Pop.” Interment was at David’s Cemetery. Donations may be made online in memory of Fred Izenson in support of research to the Cardiovascular Medicine Department Fund at The Cleveland Clinic, give.ccf.org.

Irving Kaplan, age 91, of Jacksonville, Fla., formerly of Dayton, passed away March 31. Irving was the retired owner of Kaplan & Associates and Kaplan Warehouse Rental. He was an Air Force veteran of the Korean War, a member of the Jewish War Veterans, Hadassah, and Beth Abraham Synagogue. He was preceded in death by his beloved wife, Shirley; and son, Jonathan. Irving is survived by his nieces, nephews, cousins and friends. Interment was at Beth Abraham Cemetery. If desired, memorial contributions may be made to Beth Abraham Synagogue. 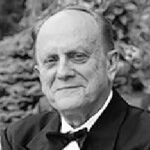 Nancy Wiviott, age 88, of Kettering, passed away April 10. Nancy was born in St. Louis. Nancy is survived by her sons Jeffrey Wiviott, Gary Wiviott and daughter Sheryl (Mike) Erlichman; grandchildren Dr. Robert Erlichman (Blair), Brian Erlichman, and Adam Erlichman; great-granddaughter Luci Erlichman; life companion Ernie Keucher. Nancy retired as a civilian employee of Wright-Patterson AFB. Nancy was a member of Temple Israel. Nancy enjoyed spending time with her family. Memorial contributions may be made to the charity of your choice.