Spring has always been my favorite time of the year, even when I was a young child. I grew up in upstate New York and the winters were always pretty nasty-biting cold, with ice and snow more often than not.

Even after moving down to New York City, winters did not improve much. Spring always brought with it a sense of excitement and freshness: not to mention hope that my beloved New York Mets might win a pennant, get a wild-card spot, or, at the very least, beat the New York Yankees during the regular season’s interleague games.

Looking back, I can distinctly remember the feelings I had when spring came last year, which was my first spring as a resident of Dayton. However, it was not the joyous spring of rebirth after a cold winter. Rather, it was a spring full of lockdowns and stay-at-home orders, a spring of isolation and fear. The Covid-19 pandemic reared its ugly head and the world was turned upside down.

This year, there is hope once again. The vaccines which have been developed by Moderna, Pfizer, and others have given us a brighter outlook. As I stand next to my open window, I can see a bright, yellow sun as it shines down upon the earth and feel a warm breeze as it wafts gently across my face.

Yes, this year, things are definitely looking better and brighter.

Spring is also a time of great celebration for the Jewish nation: two of our major holidays, Pesach and Shavuot, occur in the spring. Add in the festivities for Israeli Independence and Lag B’Omer, and you get a really wonderful celebratory season.

Though all of these holidays are important, it is the holiday of Shavuot I explore with you here.

As the Children of Israel left Egypt, the Torah tells us about the travails which they encountered: an attack from Egyptians, not having enough water, a war with Amalek, and so on. Finally, after over a month of traveling through the wilderness, they arrived at the Sinai desert.

The Children of Israel all camped around Mt. Sinai and prepared themselves to receive the Torah.

However when the Torah describes making camp at Mount Sinai, a strange phraseology appears. The Torah says, “Vayichan sham Yisrael neged hahar, And he, Israel, encamped there, next to the mountain.”

The word vayichan (he camped) differs from the description of all the other times they set up camp. In those instances, the Torah uses the word vayachanu (they camped).

Our rabbis of blessed memory explain that the word vayichan (singular) is used because the Children of Israel encamped at Mt. Sinai as one: without any bickering or grumbling.

Unfortunately, there was a lack of unity all of the other times they encamped, so the word vayachanu (plural) is used.

So why is this so important? I mean, it’s nice to see that Jews can get along, but why is that more significant than the Giving of the Torah?

In the grand scheme of things, getting along once out of all the times that they encamped during the 40 years in the desert does not seem to be such a big deal.

The significance is this: The Jewish people must have unity. Without unity, there is no nation. Our sages of blessed memory say that when the Jews said na’asseh (we will do) before nishmah (we will listen) at Sinai, we became the bride of God.

He will always protect us from the enemies around us; this means we will be able to vanquish all enemies except ourselves. There is a saying about America that united we stand, divided we fall.

May it be God’s will that as we celebrate the upcoming holiday of Shavuot, we internalize the lesson of “and he encamped there, next to the mountain” and, more importantly, put it into practice in our daily lives. 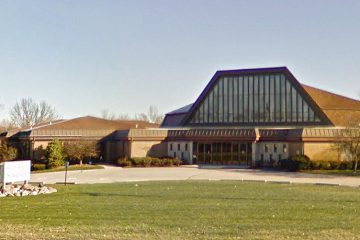