Just in time for Passover, kosher cooking maven/author Paula Shoyer’s Instant Pot Kosher Cookbook is now in print from Sterling Epicure. With 46 kosher-for-Passover recipes alone, from soups and salads to appetizers, sides to main courses and desserts — a number of which are vegetarian, vegan and gluten free — this is the time to pull out that Instant Pot you received as a gift and were afraid to use.

She calls the Instant Pot revolutionary, “ideal for anyone who wants food fast with less cleanup.” Shoyer adds it’s especially helpful “when you already have every burner going and three more pots waiting to take their turn. Now I can check off items on my cooking to-do list much faster, with equally fast cleanup in between.”

Recipes that used to take hours, Shoyer notes, now take a fraction of the time. 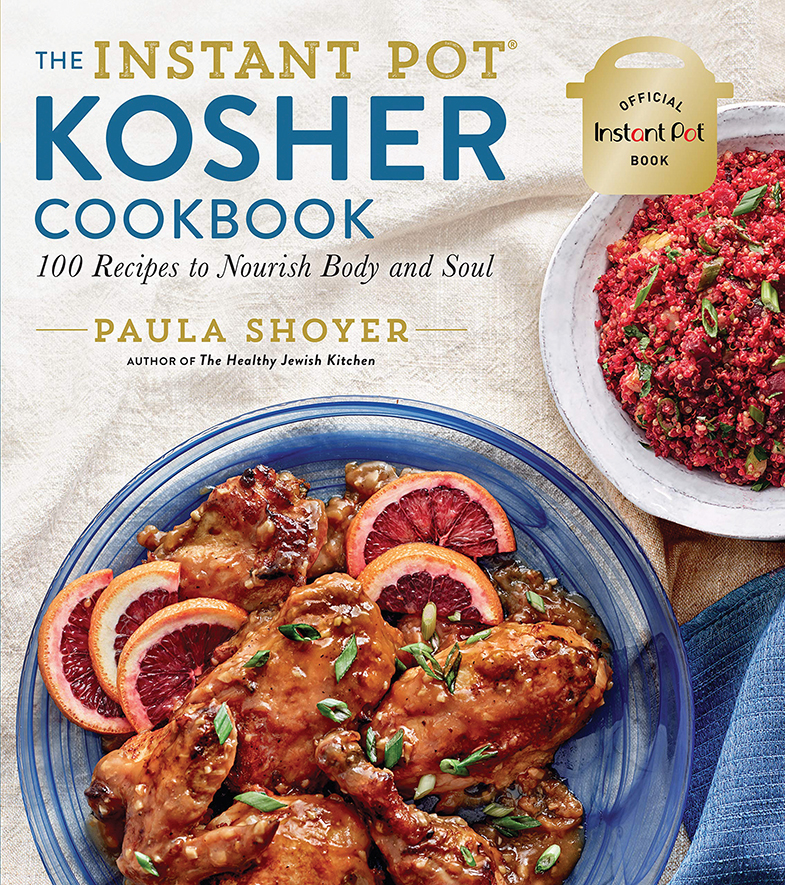 In The Instant Pot Kosher Cookbook, Shoyer provides detailed directions for how to cook with your Instant Pot, safety rules, and insider tricks. Each recipe indicates Instant Pot pressure time, which buttons to use, and release type.

For those who keep kosher, Shoyer says you’ll need at least one Instant Pot just for Passover.

For year-round use, opinions vary among rabbis about whether an Instant Pot may be used for both dairy and meat.

Though she has Instant Pots for dairy and meat year-round in her kitchen, she emphasizes “you should always consult your own rabbinic authority on matters of kashrut.”

Here is a full kosher-for-Passover menu from The Instant Pot Kosher Cookbook by Paula Shoyer.

Georgian Quinoa with Beets and Walnuts
In the summer of 2018, food writer Jessica Halfin took me on a kosher street food tour of Haifa, Israel and we shot a video of the tour. She took me to bakeries, a boureka place, and a fruit shop. My favorite savory stop was Baribcek, a small restaurant where I tasted this salad. They also serve a sabich bowl of warm hummus, fried eggplant, chickpeas, and tahini that rocked my world.

Place the quinoa, water, and beets into the inner pot and stir. Secure the lid, ensuring that the steam release handle is in the Sealing position. Press the Pressure Cook button and set the cooking time for 0 minutes. When the cooking time is complete, let sit for 10 minutes to naturally release the pressure. Turn the steam release handle to the Venting position to release any remaining pressure.

Press Cancel and remove the lid. Stir and then place the quinoa and beets into a large bowl and let cool for at least 10 minutes. Add the oil, celery, green onions, parsley, lemon juice, cumin, salt, pepper, and walnuts. Mix well. Serve at room temperature.

Whole Peruvian Spiced Chicken
This super-easy spice combination is easy to double or triple and have on hand for chicken, steak, or fish. The mix of spices comes from our wonderful nanny, Betty Supo. She is from Arequipa, Peru, and has nourished our family for many years.

Press Sauté and when the display reads “Hot,” add the remaining oil. Place the chicken into the inner pot, breast-side down, and cook for four minutes, or until browned. Turn over and brown for another four minutes. Remove the chicken to a plate.

Add the boiling water to the pot and use a wooden spoon to scrape the bottom of the pot clean. Place the steam rack into the pot, and place the chicken on the rack, breast-side up. Secure the lid, ensuring that the steam release handle is in the Sealing position. Press the Pressure Cook button and set the cooking time for 25 minutes.

When the cooking time is complete, let the pot sit for another 15 minutes to naturally release the pressure. Turn the steam release handle to the Venting position to release any remaining pressure. Press Cancel.

Remove the lid, take out the chicken, and place onto a serving platter. Press Sauté and cook the drippings for four minutes or more, to reduce the sauce. To thicken the sauce further, you can scoop up about a quarter cup of the drippings into a small bowl, add the potato starch, mix, and return to the pot and stir.

Cut the chicken into serving pieces. Pour some sauce over the chicken and serve the remaining sauce in a bowl alongside. If you make this the day before you are serving it, you can remove the fat from the reserved sauce before reheating.

Spaghetti Squash with Fresh Cherry Tomato Sauce
I try very hard not to waste produce. This recipe was created when I had dying cherry tomatoes in my fridge that needed to be used up. Try to find ways to cook ingredients you already have before going out to buy more. I realize that this recipe has a step outside of the Instant Pot, but my goal was to have the sauce ready by the time the squash was cooked.

Place the water into the inner pot and insert the steam rack. Place the squash halves on top of the rack.

Secure the lid, ensuring that the steam release handle is in the Sealing position. Press the Pressure Cook button and set the cooking time for nine minutes.

Meanwhile, in large frying pan, heat the oil over medium heat. Add the garlic and cook for one minute, or until a few pieces start to color. Add the tomatoes and continue cooking for seven to nine minutes, or until most of the tomatoes break down and you have a sauce.

Stir occasionally. The mixture should bubble the entire time. Add the salt and pepper and turn off the heat.

When the squash cooking time is complete, turn the steam release handle to the Venting position to quickly release the pressure. Press Cancel and remove the lid.

Mocha Lava Cakes
Lava cakes are probably one of the most popular desserts served at events I attend. Everyone loves the cake outside and gooey inside. Because most recipes are designed for the cakes to be eaten very soon after they come out of the oven, lava cakes aren’t Shabbat-friendly.

Purely by accident I created these. I unmolded one and found it much too gooey, which meant I had to test it again. I left the others on my counter and unmolded them after dinner, many hours later, and found the texture perfect. You can make these before Shabbat and enjoy them for dessert or make in advance of any dinner party or event.

You will need six 6-ounce ramekins. Place the chocolate and coconut oil into a heatproof bowl and microwave for one minute, stir, and then melt for another 45 seconds, stir, and then for 30 seconds if needed, until melted. Add the instant coffee, vanilla, and cocoa and whisk in.

Place the eggs, egg yolks, and sugar into a large mixing bowl. Use an electric mixer to mix at low speed to combine and then turn the speed up to high and beat for three minutes. Add the potato starch and beat at low speed to just combine. Add the melted chocolate mixture and whisk gently until combined.

Spray the ramekins with spray oil. Divide the batter among the prepared ramekins, a heaping half cup for each mold.

Place the water into the inner pot and insert the steam rack. Place three of the ramekins in a circle around the rack.

Carefully remove the ramekins from the pot. Add another two tablespoons of water to the pot and cook the remaining three cakes as you did the first batch. It will take about two minutes for the Instant Pot to return to pressure.

Let the cakes cool for at least 30 minutes before unmolding. To unmold, run a thin knife or small metal spatula around the edge of the cake, place a plate on top, and turn the cake onto the plate.

Dust with confectioners’ sugar if desired and serve with fruit.

Melting chocolate
Place chocolate chopped into half-inch pieces into a microwave-safe bowl, such as a large glass bowl. Make sure you have discarded every tiny piece of foil that wrapped the chocolate. Heat for one minute at high power, or 45 seconds to start if you have less than 10 ounces of chocolate.

Congregations plan for another Covid Passover 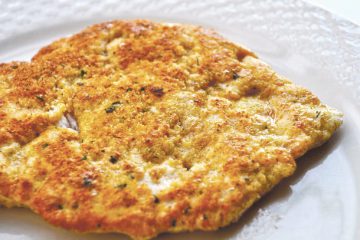 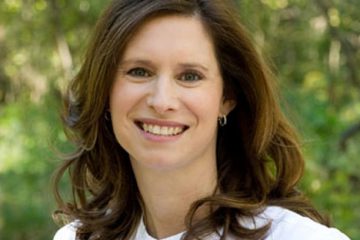 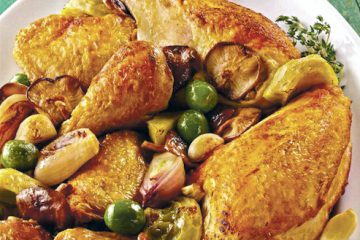 A delicious Seder, without too much fuss 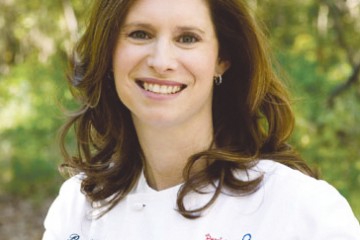