Virtual B’nai Mitzvahs are a part of life now. The kid reads Torah and delivers a D’var Torah, often over Zoom, to an audience of friends and family.

But is there a way to hold a virtual party after the virtual ceremony?

His Bar Mitzvah, scheduled for May 2 at Congregation Sha’ar Zahav in San Francisco, instead took place on Zoom. Isaac’s rabbi, Rabbi Mychal Copeland, delivered to his house the small Torah scroll he would read from, and officiated the ceremony from her home.

With about 100 people tuned in via Zoom, Isaac broke down Leviticus 16’s rules about sacrifice and discussed how rituals change as circumstances evolve — during a pandemic, for example.

Then Isaac and about a dozen friends went to a “party” in a Sha’ar Zahav replica that he and his brother built in Minecraft.

Building something in Minecraft is sort of like playing and building with Legos, but in a virtual space. 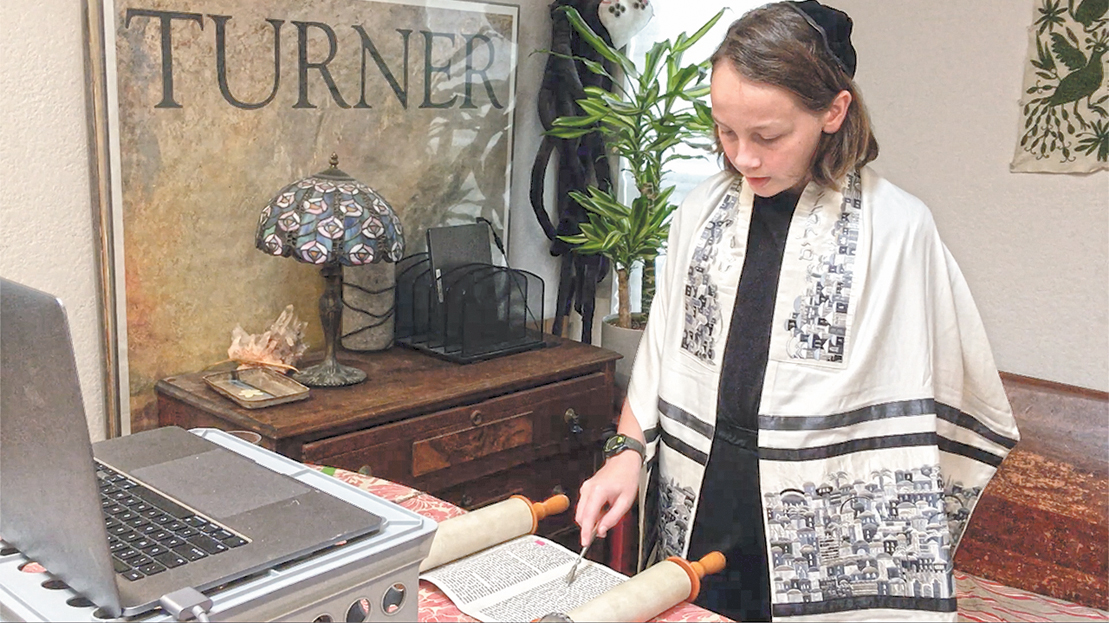 “The way me and my brother did it is we got a flat space and put building blocks on so that it looked like the real (Sha’ar Zahav) building,” said Isaac, who built the interior from memory.

“After services, Isaac always likes to play hide-and-go-seek in the synagogue,” his father, Joel Lachter, said. So Isaac had a pretty good knowledge of the layout.

“For the outside, we used Google Maps and Street View,” Isaac said.

Of course, it’s not an exact replica. Minecraft’s virtual bricks are represented as 1 meter on each side, so all the walls are 1 meter thick. Nonetheless, a video Isaac made shows the model building to be totally recognizable, inside and out. He and his brother even included a large table with “food” on it (as if the Kiddush lunch after services was being served).

“We invited everybody, but not everybody had Minecraft, and you have to have the right edition,” his dad pointed out. “So attendance was OK, but not great.”

Attendees in the party space were able to see one another’s avatars, and they could chat with each other — and hit each other with swords.

The experience was fun, but also a little disappointing, Isaac said. “It was like, we’re not going to be able to do it in real space right now, so we might as well just have it virtually in Minecraft,” he said.

Of course, Isaac’s father was proud enough of his son’s achievement and the work he put into preparing for his Bar Mitzvah. But, he said, “I was also really impressed with the level of detail they put into creating the virtual synagogue space.”

Celebrating a Bat Mitzvah in the time of Covid