A matter of workmanship

I recently checked out the unexpectedly successful movie Unplanned. Based on the true story of Abby Johnson, it portrays her eight-year rise from a Planned Parenthood volunteer to one of its youngest clinic directors. Having undergone two abortions herself, she starts out fiercely committed to helping women by offering options and resources and providing abortions when necessary.

When she unexpectedly assists in an abortion, however, she has a change of heart, believing her initial good intentions led to evil consequences.

You may not be in agreement with Abby’s conclusion — the movie shows multiple sides of the debate — but it’s hard to leave the theatre complacent.

Of interest to me was how the story revealed an interesting twist on the Jewish concept of yetzer hatov (the good inclination) and yetzer hara (the evil inclination).

While it might seem axiomatic that the yetzer tov leads to good in the world and the yetzer ra results in evil, that’s frequently not the case.

The yetzer tov can often result in harm, destruction, and immorality, and the yetzer ra can lead to constructive and moral ends.

To complicate matters, even the idea of the yetzer is not as clear-cut as it first appears.

According to the Bible and the Talmud, God formed humans with free will and two balanced but opposing inclinations — one persuading us to be good, the other enticing us to do evil — indicated by the peculiar Hebrew spelling of the word, formed with two yuds instead of one. This is the most common understanding of the yetzer tov and yetzer ra.

A more intriguing notion describes the yetzer tov as the moral conscience, the inner voice that speaks when you’re headed toward wrongdoing or negative consequences.

It’s the foil for the yetzer ra, described by Judaism 101 author Tracey Rich as “the selfish nature, the desire to satisfy personal needs…without regard for the moral consequences of fulfilling those desires.”

In this view, the yetzer ra isn’t the explicit craving to do evil, but rather the urge to satisfy a self interest. The Talmud notes if it weren’t for the yetzer ra, people wouldn’t build houses, marry, have children, or conduct business.”

Left unchecked, however, this same yetzer ra can lead to building to the point of bankruptcy, marrying a friend’s fiancée, having children by multiple fathers or exploiting migrant workers.

A third view reflects the dual nature of humans: “formed from the dust of the earth (Gen. 2:7)” yet “a little lower than the angels (Psalm 8:6).”

Using imagery of a ladder, philosopher Dr. Emmanuel Levinas explains that we continually negotiate the tension between our lower human or earthly nature (yetzer ra) and our higher divine aspiration (yetzer tov).

“Torn between creature and Creator,” our decisions move us lower or higher on the rungs.

With these ideas in mind, it’s easy to see yetzer hatov and yetzer hara woven throughout the Bible. For example, in pursuit of justice for their sister’s rape, Dinah’s brothers don’t heed their yetzer tov. Rather, their unrestrained yetzer ra spurs them to refuse Shechem’s peaceful overtures for reparations, deceive the town’s populace, and ultimately kill all its men.

Repeatedly tempted by Potiphar’s seductive wife, Joseph actually describes the tension he feels between his yetzer tov and yetzer ra. Eventually he flees rather than succumb.

King Ahab desires the vineyard of Naboth, who refuses to give up his legacy. With the king’s complicity, Queen Jezebel plots to secure the vineyard through the murder of Naboth, after which the king acquires it for himself. Without a hint of yetzer hatov, yetzer hara runs rampant in this narrative.

Unrestrained by their yetzer tov, however, they misused their wealth to corrupt the admissions system and buy their children’s acceptance, compounding the evil by displacing more worthy applicants.

While the yetzer concept seems simple, its effect isn’t always so straightforward.

Unchecked by the yetzer tov, the desire for ever greater financial success often results in the use of cheap child labor.

At the international policy level, there’s widespread support for banning it: evidence of our better angels at work.

Economists observed the ban in India caused a decline in children’s wages, 16 business owners’ yetzer-ra-fueled response to the increased legal risk and anticipated fines and penalties.

As a result, desperately poor families, unable to meet their basic needs for survival, had to silence their yetzer tov and put even younger children to work to make up for the lost income, increasing child labor overall.

Like a potter, God fashioned (vayitzer) humans out of clay, imbuing them with free will and two balanced but opposing urges: yetzer hatov and yetzer hara.

These are the tools by which we are to fashion ourselves: what we and our world become depend on how each of us uses these tools. What will our workmanship say about us?

Mapping the Bones by Jane Yolen. From the award-winning author of The Devil’s Arithmetic, Mapping the Bones is another unforgettable, brilliantly crafted Holocaust novel, this one influenced by the barbarous experimentation of Dr. Josef Mengele. Integrating history, poetry, and even fairy-tale elements, the disintegration of Europe’s Jewish world unfolds in the painful drama of twins Chaim and Gittel. Part imaginary, part realistic, this young adult dystopian novel demands discussion about relationships, moral responsibility, and evil. From the very first words, I couldn’t put it down.

Bellevue: Three Centuries of Medicine and Mayhem at America’s Most Storied Hospital by David Oshinsky. From a multiple-award winning author and historian, this fascinating non-fiction account of an inner city hospital is as engaging and surprising as a well-written novel. More than just a story about a hospital, Bellevue tells the history of America from immigration to innovation, describes some of the more engaging medical and political personalities who walked its halls, and celebrates its national medical precedents: first public hospital, first to use photography to identify bodies, first to successfully treat AIDS and Ebola, among others. Above all, it is a work account that illuminates America’s goodness. Highly recommended.

The secret ingredient for the best schnitzel 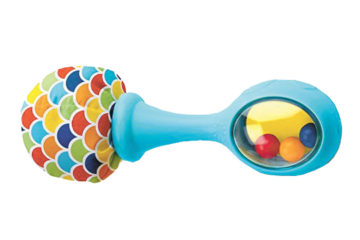 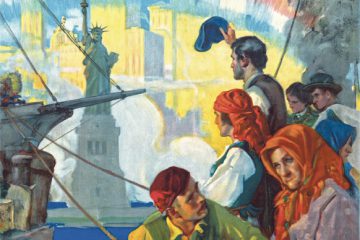 A matter of workmanship