Russian-Jewish violinist Yevgeny Kutik returns to the Miami Valley for a series of concerts, performing Bruch’s Violin Concerto No. 1 with the Dayton Philharmonic Orchestra, Sept. 28, 29, and 30 at the Schuster Center.

Kutik is an advocate for the Jewish Federations of North America, the organization that assisted his family in coming to the United States, and regularly speaks and performs across the United States to both raise awareness and promote the assistance of refugees from around the world.

Tickets are available at www.daytonperformingarts.org/tickets. 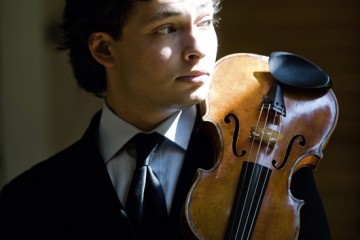