The Jewish Internet with Mark Mietkiewicz, Special To The Dayton Jewish Observer

Far be it from me to question the resilience and immortal appeal of tunes like Oh, Chanukah! Oh, Chanukah! and Sevivon. But if Dreidel, Dreidel, Dreidel is boring a hole in your head, there are some lovely recent songs you can turn to. Here are eight fairly recent tunes for eight Chanukah nights — and they’re Adam Sandler-free.

First, a relative golden oldie in this batch of new songs. Peter Yarrow of Peter, Paul and Mary fame wrote Light One Candle in 1983. Although it starts by retelling the story of the Maccabees, its message was very much a contemporary one.

Rabbi Allison Bergman Vann wrote that Light One Candle ”became a defining song for my generation of high school and college students to become activists, to make the world a better place. I heard Peter Yarrow sing that song on the steps of the Capitol in 1987…during the march to free Soviet Jews. Listening to him sing, surrounded by literally thousands of like-minded individuals, I learned of my obligation to change the world; to engage in tikun olam, repair of our broken world. And, during that incredible day, I knew that we could, indeed change the world (bit.ly/chanusong18).”

On an album replete with Yuletide tunes (as well as a couple of Chanukah classics), there’s an original song by Steven Page that makes no bones about the Festival of Lights not being the Jewish version of Christmas. What is particularly surprising was how he included the menorah blessings in his song.

There is a classic disagreement between the ancient sages, Hillel and Shamai. Hillel argued that a single Chanukah candle should be lit on the first night with additional candles added on succeeding nights.

Shamai argued the opposite: eight on the first night decreasing nightly to one on the final night. Meaty material for a song, no? Well, I would never have thought so if I hadn’t come across Neal Katz’s The Great Menorah Debate, from his CD Be A Light — Chanukah Songs for Grown Ups.

OK, it’s not really a new song. But I’ve never heard Dreidel, Dreidel, Dreidel performed as if it were ready for the Grand Ole Opry. Julie Silver’s twang sounds great and so do her new lyrics.

Lest you think that all new Chanukah music originates on this side of the Atlantic, there is Israel’s The Fountainheads and their lively Light Up the Night. The Fountainheads are graduates and students of the Ein Prat Academy for Leadership; its goal is to “create new Jewish artistic content for today’s Jewish World.”

Mostly in English with some Hebrew lyrics, the video for the song features a mix of shots of young people dancing with the Negev desert as their landscape, reenactments from The Matrix, and imagery from vintage Apple iPod ads.

Haaretz was a bit catty when it wrote: “If you like cheerful, cheesy, and yet infuriatingly catchy songs about the Jewish holidays, you will love this band (bit.ly/chanusong8).”

Lipa Schmeltzer may have flowing peyot (earlocks) as part of a Chasidic American community, but don’t be surprised that his Believe in a Miracle is a techno blast from the present.
Combining neon lights, a garish paisley shirt, sizzling pancakes and a chorus of kids singing Ness Gadol Hayah Sham, (A Great Miracle Happened There), Lipa somehow makes it all work.

How’s this for a musical team: Madeline Stone, a Jewish songwriter from the Upper West Side and Orrin Hatch, senior United States Senator for Utah.

The senator had mentioned to Jeffrey Goldberg, then writing for the New York Times Magazine (now national correspondent for The Atlantic) that Hatch had penned some love songs and Christian spirituals.

Goldberg challenged him to write something for Chanukah. To Goldberg’s surprise, nine years later, Hatch dispatched Eight Days of Hanukkah.

Goldberg explains: “I have always felt that the song canon for Chanukah, a particularly interesting historical holiday, is sparse and uninspiring, in part because Jewish songwriters spend so much time writing Christmas music.” So I guess turnabout is fair play (bit.ly/chanusong11).

Would it be possible to include a roundup of recent Chanukah songs without mentioning the Maccabeats? Hardly. Their high energy 2010 song Candlelight is based on Mike Tompkins’ a cappella cover of Taio Cruz’s Dynamite.
Candlelight made the white-shirted and black-tied guys from Yeshiva University into stars.

Mark Mietkiewicz writes about resources for Jewish life to be found on the Internet. Contact him at highway@rogers.com.

A Chanukah who's who 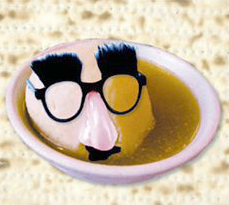 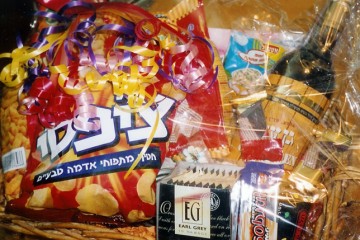 Sweet lessons in a basket 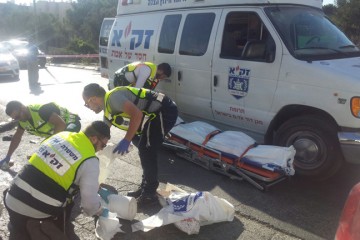 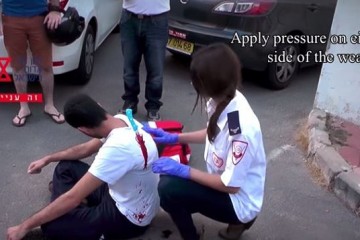 After the terror: Israel’s emergency workers, part one