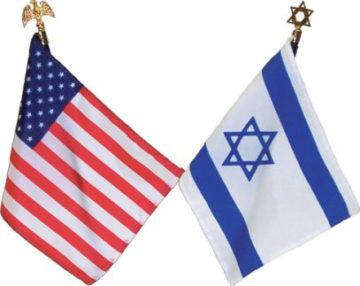 At a special congregational meeting Oct. 29, members of Temple Israel narrowly approved a petition requesting the United States and Israeli flags be displayed on a regular basis in the main sanctuary. Since Temple Israel’s current building opened in 1994 at 130 Riverside Dr., the flags have not been displayed

History of flags in sanctuaries By Marshall Weiss, The Dayton Jewish Observer Though historians don’t have a clear picture of when American Jews first began placing U.S. flags in their sanctuaries, it appears Old Glory’s widespread display in American culture is linked to the assassination of President Abraham Lincoln in