The ocean, in its vastness, suits Amos Nachoum perfectly. It’s big enough for him to hide. Not from the great white sharks, orcas, manta rays, and other large sea creatures he has obsessively sought out and photographed for four decades. But from Nachoum’s traumatic memories of the Yom Kippur War, and from his father’s impossible expectations.

“Amos has made a decision to put the war behind him, to put violence behind him, and to use the camera to tell a different story, a beautiful story, about men and nature,” Israeli documentary filmmaker Yonatan Nir says in a phone interview. “I think, in a way, he’s reframing his life with his camera.”

Picture of His Life is structured around Nachoum’s summer 2015 expedition to the Canadian Arctic, more than 3,000 miles from his Pacific Grove, Calif. home, to try and fulfill his ultimate dream of photographing polar bears underwater.

The epic documentary’s executive producer is Nancy Spielberg, a nice bit of irony given her brother made a flick called Jaws many years ago that spawned a widespread, irrational fear of sharks.

Nir and Menkin originally wanted to make a documentary about Nachoum diving in Tonga a decade ago, but that undertaking proved too expensive. Instead they made Dolphin Boy, a redemptive portrait of a traumatized young Arab healed by swimming with dolphins in the Red Sea that earned worldwide acclaim.

As it turned out, the extra years were essential, and not just to raise the funds for four Jews (Nachoum, the directors and veteran underwater cinematographer Adam Ravetch) and six Inuits to trek to, and film at, remote Baker Lake. The filmmakers’ taciturn and enigmatic subject had to reach a point where he was willing to confide his deeply hidden feelings and memories. 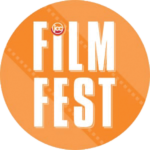 “He really didn’t talk until we got to the Arctic,” Menkin recalls on the phone from L.A., “and that’s when he started to open up.” Nir adds, “Amos needed time to open up and to be able, finally, to let us deep into his soul and to tell it for the first time.”

After the Arctic trip, Nachoum gave surprisingly candid interviews to the Israeli press about both his postwar trauma and his father, who had fought in the War of Independence. So his way of dealing with his past continued — and continues — to expand.

The process of making Picture of His Life contributed to Nachoum’s evolution. Nir and Menkin visited his father in the hospital near the end of his life, capturing a raw, powerful moment. They subsequently showed the footage to Nachoum with the understanding that they would include it in the film only if he gave his consent.

Nachoum was touched by the scene, and agreed to its inclusion. He even enacted an onscreen form of reciprocation to complete the circle.

“We were able to create this closure, between the father and the son, but only through the film,” Nir says. “It never really happened face to face.”

The personal story in Picture of His Life is wrenching, but the environmental component is potent, too. “I see myself as a soldier for Mother Nature,” Nachoum declares in the film, but his desperate, late-career pursuit of the polar bear goes even deeper.

“At the end of the day, Amos was looking for his family,” Menkin says. “His family is the universe. It’s Mother Nature. He found his family and lives with it in harmony, and that’s what he wants us to do.”

The JCC Film Fest opens with Picture of His Life, 9 p.m., Tuesday, June 8 at the Dixie Twin Drive-In, 6201 N. Dixie Drive, Dayton. The opening celebration begins at 7 p.m. with DJ Butch Brown. $15 per car. Director Dani Menkin will discuss this film along with Aulcie, virtually, at 7 p.m., Monday, June 14. Click here for tickets.