It is hard to believe that the High Holy Days are behind us. However, the luminaries in the sky attest to the rapid pace of time, as the sun rises and sets and the moon appears in the night’s sky orbiting the earth.

Let us direct our attention to the small luminary, the moon, the orbit of which around the Earth marks months and Jewish holidays.

The most common word for moon in the Bible is yareach, mentioned about 30 times in a cosmological context.

The yareach, the sun and the stars were perceived as symbols of the permanence of the universe (Ps. 72:5) and their disappearance was a metaphor for radical change at the end of time (Isa. 13:10; Joel 2:30).

And, since the luminaries were considered deities in pagan culture, the biblical writers set their creation by God to the fourth day, charging them to “serve as signs for the set time” and thereby minimize their importance (Gen. 1:14).

The term yareach is probably derived from the verb arach, meaning wandering, reflecting the moon’s journey across the sky.

Its cyclical orbit reveals different phases of the yareach, from the crescent to a full moon, to even a brief disappearance from the sky.

This cycle determined the calendar in general, the celebrations of holidays in particular (Ps. 81:3) and even affected daily business (Prov. 7:20).

The constant orbit of the moon was used to mark a block of time in the yearly cycle, called a yerach or a chodesh, a month.

Yerach is derived from yareach, reflecting the orbit of the moon and chodesh is based on the adjective chadash meaning new, pointing to the moon’s renewed reappearance in the sky.

Another biblical name for yareach is levanah, which appears only three times in the biblical text.

In Isaiah, the levanah is a metaphor for shame (24:23) and also redemption (30:26). However, in the Song of Songs the levanah describes beauty and conjures romance (6:10).

There are a few Hebrew phrases where yareach and levanah are incorporated. For example, Kiddush Levanah, the blessing of the moon, is the Jewish ritual to mark the reappearance of a new levanah in the sky at the beginning of each month.

The poetic modern phrase leyl yareach, literally a night’s moon, implies a lovely bright night when the yareach is seen on the horizon. 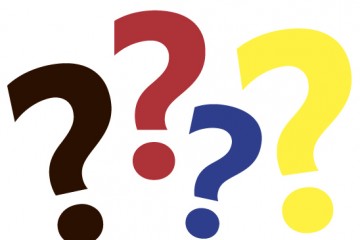