Virtually every year for more than a century, The American Jewish Year Book has included population estimates for Jewish communities across the United States.

Since 2006, the year book has been compiled under the editorship of Dr. Ira M. Sheskin, director of the Jewish Demography Project of the Miller Center for Contemporary Judaic Studies at the University of Miami.

A professor of geography and regional studies, Sheskin has conducted 43 local Jewish population studies in America and will soon begin his study of Houston.

In preparation for the 2015 American Jewish Year Book, to be published in December, Sheskin contacted the Jewish Federation of Greater Dayton earlier this year to estimate the Miami Valley’s Jewish population.

When he learned the Jewish Federation knew of little more than 2,700 identified Jews in the Miami Valley, he says he estimated the local Jewish population at 4,000.

According to the demographer, there are more Jews here by at least another third.

“We’re doing a lot of guesswork, clearly, going from how many you have on the list to how many there must be out there,” Sheskin says. “I think 4,000 is perfectly reasonable in your community. It may be higher, but I tend to be a bit conservative.”

Sheskin based his estimate on his years of experience; he also cited the results of The Pew Research Center 2013 Survey of U.S. Jews, and Pew’s 2014 Religious Landscape Study.

“It is, without question in my mind, probably the best done of the national surveys of Jews,” Sheskin says of the 2013 study. “They have the expertise to do it.”

The Observer asked Sheskin to further analyze data from the Federation’s list of identified Jews — and data provided by the Miami Valley’s synagogues and Chabad — to form a composite of the area’s Jewish demographics.

As of June 2015, the Jewish Federation’s database shows:

• The identified Jewish population of the Miami Valley is down by more than half in 20 years.

• The ID’d population is declining by a net of 172 people per year.

‘More elderly moving or passing away’
Sheila Myers has served as the Federation’s database administrator for 16 years. She says she began to notice the rapid, accelerating decline of the identified Jewish population in 2008 and 2009, when younger Jews began leaving the area in the wake of the recession.

“That has slowed down over the last two or three years,” Myers says. “Now, it’s more elderly moving or passing away.”

Sheskin notes that Montgomery County is an area with a declining population overall.

Even so, Sheskin makes a clear distinction between those Jews who choose to connect in some way and those who are actually out there.

The most glaring example he cites is the impossibly high representation of older Jews on the Federation’s list.

“There is no way that 40 percent of Jews in Dayton are 65 and older,” he says. “Miami (Fla.) is 31 percent. The ones who tend to give are older. It shows why you cannot just do a demographic study off of the mailing list.”

Sheskin also points out that the 16.4 percent figure for ages newborn to 19 is extremely low.

“Zero to 17 should be about 20 percent of the population. The difference between 16 and 20 percent may not sound like a big deal, but it is.”

Millennials don’t join
If younger Jews are moving into the Miami Valley, he says, chances are they’re not joining a synagogue.

“What Pew calls Jews of No Religion, they put it at 22 percent,” he says. “That, by the way, is equal to what it is for all Americans when asked what is your religion? Twenty percent of the general public says nothing.”

According to the 2013 Pew study, 32 percent of Jews ages 18 to 29 — known in the world of demography as millennials — fall into the Jews of No Religion category.

“When you ask them if they’re Orthodox, Conservative, Reform, it’s like, ‘don’t label me, I’m Jewish.’”

Millennials, he says, also put off marriage until later, have children later, and fewer children at that. If they’re going to join a synagogue at all, it won’t likely happen until they have a child of at least preschool age.

“And so you can have younger Jews moving into the community without seeing any increase in synagogue membership.”

Sheskin also notes that millennials don’t want to give to umbrella charities such as Federation annual campaigns. They’re much more inclined to give to individuals in need, or special-purpose organizations.

“And that is the reason why Federation campaigns are down around the country,” he says.

In June, The Observer compiled membership data from the Miami Valley’s synagogues and Chabad, eliminating out-of-town memberships and secondary memberships from the numbers (Chabad isn’t a membership organization. However, it identified families that regularly participate in its worship services and programs that are not members of local synagogues). Among the key findings:

• There are 911 household memberships across the Miami Valley’s synagogues and Chabad.

• 68 percent of memberships are with Reform congregations.

• Of these, 78.3 percent are with Reform congregations.

The 2013 Pew report noted that most switching among Jewish movements is in the direction of what it terms less-traditional Judaism:

Pew’s 2014 Religious Landscape Study found a parallel across mainstream religions in America: a shift from more traditional to less traditional observance, and then to no religion; millennials in the category of atheist, agnostic or nothing in particular fall in the mid-30-percent range.

In 1899, the Jewish Publication Society began publishing The American Jewish Year Book, eventually in partnership with the American Jewish Committee, and later on, solely by AJC. Beginning in 1910, the year book included population estimates for Jewish communities across the United States. Dayton’s population for that year was listed as 3,500.

Subsequent listings show that the Dayton area’s Jewish population estimate reached its peak of 7,200 in the late 1960s and early 1970s.

Since 2012, Springer, a publisher of American academic journals, has published the year book in cooperation with the Berman Jewish DataBank and the Association for the Social Scientific Study of Jewry.

Although the estimated Jewish populations of Ohio’s large cities — Cincinnati, Cleveland, and Columbus — have remained stable, Ohio’s other medium-sized Jewish communities — Akron, Canton, Toledo, and Youngstown —have all faced significant declines of at least 50 percent since 1972.

“The number of identified Jews is way down, and to some extent, that may be a more important number (than the population estimate), because you’ve got to run your community on the basis of how many people are willing to participate,” Sheskin says.

Note: Figures may not sum to 100% due to rounding. Source: Jewish Federation of Greater Dayton.

Note: Doesn’t include out-of-town memberships. Figures may not sum to 100% due to rounding. Sources: Synagogues and Chabad.

Note: Figures may not sum to 100% due to rounding. Sources: Synagogues and Chabad. 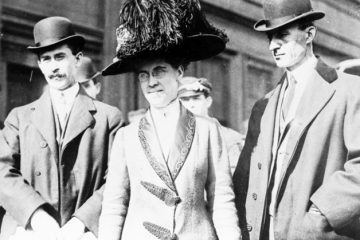