No Biking In The House Without A Helmet
By Melissa Fay Greene • Farrar, Straus and Giroux • 354 pages • $26

Former Daytonian Melissa Fay Greene is known for her accounts of social injustice. Her non-fiction books have painted vivid portraits of a 1950s coal mining disaster in Canada, Civil Rights struggles in the South, and the AIDS epidemic in Ethiopia.

Now she turns inward to her own family for No Biking In The House Without A Helmet, which she’ll discuss on Nov. 10 as part of the DJCC’s Cultural Arts & Book Festival.

Melissa and her husband, Don Samuel, are the parents of four biological children and five children by adoption.

“I’ve been such a serious non-fiction writer,” Melissa says. “It took me 15 years before I would even write first person. I had a more classical approach to non-fiction which was just get out of the way.”

Melissa says she hadn’t planned to write No Biking In The House. “But then, there were just all these great stories and it seemed that all the kids were kind of open to it.”
Four of their adopted children are from Ethiopia; one is from Bulgaria.

The Atlanta-based couple began to consider adoption more than a decade ago when their oldest child, Molly, turned 18 and went off to college.

“We just loved raising our kids,” she says. “We had really kind of a feeling of empty-nest melancholy and the idea of only having three children (at home).”

From the time Melissa first keyed the word adoption into a search engine and saw images of children in orphanages around the world, she says she was hooked.

“Of course she adored her first four grandchildren and she was a little confused about what we were doing and why,” Melissa says. “Although she only lived about a year after that, she showed him (Jesse) what a grandmother is. The first time we visited her in Dayton, somehow he made his way in the night to her bed.”

A few years, ago, the family held a “Quad Mitzvah” for four of the adopted children.

“One of the boys, Daniel, at that moment, was still pretty new to America,” Melissa says. “So learning Hebrew was not a great option for him. The Ethiopian Orthodox priest in Atlanta gave Daniel his blessings to become Jewish and to have the Bar Mitzvah and he found the Torah portion in the Amharic Bible. That’s what Daniel read, his Torah portion, in Amharic.”

Melissa says she wanted to ensure the stories in No Biking In The House were authentic without violating her children’s privacy.

Melissa asked each child for permission to include stories that pertained to him or her. There were stories she was certain would go in the book that her children vetoed. They also gave her unexpected permissions for other stories.

“We had a surprise reunion with our son Sol’s birth mother in Ethiopia,” she says. “We had been told she was deceased. And we were on a family visit to Ethiopia and she showed up. It was a remarkable event. I didn’t even have time to get hysterical. I had kind of assumed that was off limits. That seems like Sol’s story to tell. But I checked with him and he said, ‘Yeah, that’s fine.’”

For those who might be inspired to follow Melissa and Don’s lead, she cautions there’s only one reason to adopt: “Because you want a child or another child in your life. I really warn people away from adopting for humanitarian reasons. It is not the right response to any kind of global disaster or to the AIDS pandemic or the Haiti earthquake. That humanitarian urge will last you until about halfway through the fourth tantrum.”

Former Daytonian Melissa Fay Greene will discuss her new book, No Biking In The House Without A Helmet, on Thursday, Nov. 10 at 7 p.m. at Books & Co. at The Greene as part of the DJCC’s Cultural Arts & Book Festival. The event is free. For more information, call Karen Steiger at 853-0372. Ten percent of purchases at Books & Co. on Nov. 10 will support the Cultural Arts & Book Festival, with use of the code 6000000294 at checkout.

It all comes out in the wash 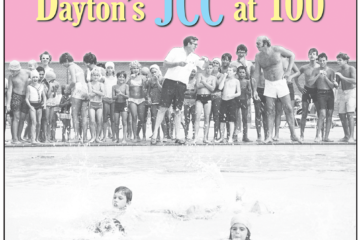 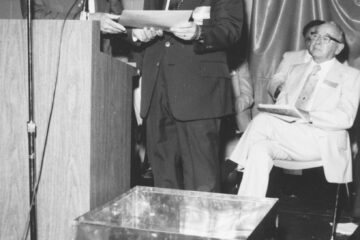