To protect our children

Parents will do nearly anything to protect their children.

To see a child suffer is often more than a mother or father can bear. We wish we could fight our children’s battles for them, especially when they are hurt, sick, or in pain.

Although this shielding parental nature only seems to develop once we are expecting, becoming a protective Jewish parent begins well before our bundles of joy arrive.

We are taught in the Psalms that before God created anything, God created wisdom to serve as a blueprint upon which to build the world.

Created in God’s image, shouldn’t we also take a moment to do the same when we turn to the creation of a Jewish family?

What if we are able to prevent our children from some of the worst pain imaginable?

Don’t we owe it to our families to protect them if possible?

Most people are aware that Judaism places extraordinary value on preserving life and promoting good health. In fact, Nachmanides teaches us that it is not merely a profession to practice healing, but a mitzvah, a commandment.

We can deduce from this that Judaism places extreme importance on maintaining healthy lifestyles, respecting our bodies, and practicing preventative medicine — for ourselves as well as our children.

Within the Ashkenazic Jewish community, there are far greater chances of being a carrier for devastating and often deadly genetic diseases. And we are now in a far greater position to keep our children from becoming victims.

For years, people have known about Tay-Sachs. However, knowledge has not necessarily translated into power. Because Tay-Sachs is still uncommon, young adults mistakenly believe that if no one in their family has suffered from it, then they are not vulnerable to being a carrier. But this is simply ignorance.

Science has taught us that one does not need to be affected by a disease in order to be a carrier of it. If both of a child’s parents are carriers of the same mutated or non-functional genes there is a 25 percent chance with each pregnancy of having an affected child.

There is also a 50 percent chance that the child will be a carrier.

The most recent information that I have seen shows that there are 19 autosomal recessive genetic diseases that are far more prolific in the Jewish community.

Many young people who are of childbearing years are not undergoing carrier screening.

For some, it is a lack of awareness of the ease by which this can be tested, usually from a single blood draw.

As you know, I am not a geneticist nor do I pretend to be.

However, as a rabbi, I feel that there is an important role I can play in educating the members of our community who are of childbearing years.

Too many have misinformation and concerns much like those I list above. The truth is that in most situations, specific genetic testing is covered by health insurance, especially if someone is of Jewish ancestry.

And, in the cases where it is not covered, there are organizations that help to make it affordable if not free.

Furthermore, the Jewish community may have resources to help offset the costs should one be unable to afford testing.

Additionally, finding out that you are a carrier does not mean that you are unable to have healthy children, even if your spouse is also a carrier.

There are options available such as preimplantation diagnosis (PGD), in which a zygote conceived in vitro has a few cells removed to be tested for genetic defects before implantation.

Doing this makes it possible to identify those defective genes, and by selecting only genetically intact embryos for implantation, the development of genetically defective fetuses could be avoided.

PGD is something that is approved of not only within the liberal Jewish community, but within the Orthodox community as well.

The values of pikuach nefesh (to save a life) and p’ru u’rvu (procreation) are shared by all streams of Judaism.

If you are of childbearing years or know someone who is, please encourage them to consider undergoing Jewish genetic testing for diseases such as Tay-Sachs.

I encourage you and your loved ones to attend the Dayton Chapter of Hadassah’s panel discussion on genetic disorders and screenings, on Monday, Oct. 17 at 7 p.m. at the Boonshoft CJCE.

Partners for the program are the DJCC’s Early Childhood Program and Temple Israel.
If you would like to seek more information on your own, I recommend you turn to Dayton Children’s Medical Center, the Jewish Genetic Disease Consortium (jewishgeneticdiseases.org), or the Victor Centers for Jewish Genetic Diseases (victorcenters.org). 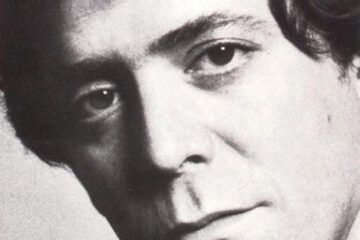 To protect our children