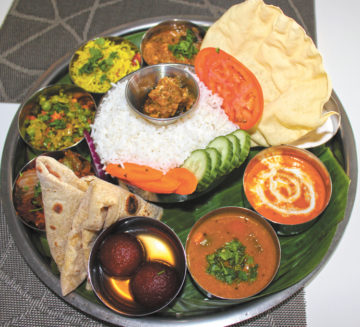 By Marshall Weiss, The Dayton Jewish Observer It’s been more than 40 years since the Dayton area has had a kosher restaurant. But that changed in July, when Priya and Napoleon Rajavelu opened Heavenly, their vegetarian Indian restaurant at 9486 N. Springboro Pike in Miamisburg, across the street from LexisNexis.