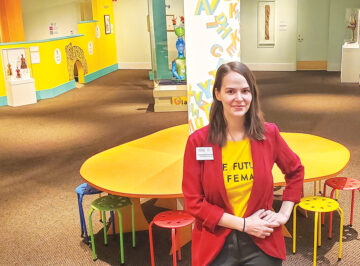 Dayton Art Institute Lead Educator Casey Goldman will host two Language of Art book club programs — one in person and one via Zoom — on themes from The Art of Blessing the Day: Poems with a Jewish Theme by Marge Piercy. The in-person interactive tour and discussion will be 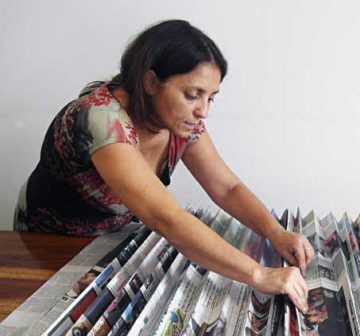 Facilitator will bring project to DAI in conjunction with exhibit By Marshall Weiss, The Dayton Jewish Observer Since 1993, Israeli artist Miri Golan has used origami as a tool for Israeli and Palestinian children to get to know each other as equals. The founder and director of the Israel Origami

Rembrandt at DAI Robert Thum Special To The Observer With more than 2,000 works to his name, Rembrandt devoted a portion of his work to narratives from Hebrew Scriptures, portraits of contemporary Jewish leaders, and the Jewish culture and daily life he saw in Amsterdam. Four of these Jewish-themed works