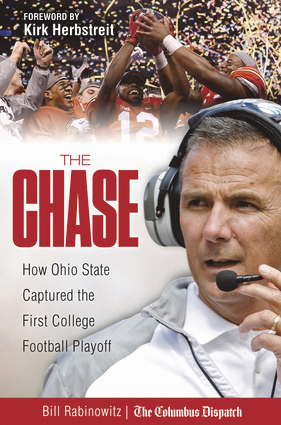 Dispatch sports writer and Dayton native will talk about The Chase, Nov. 5 By Marc Katz, Special To The Observer Woody Hayes wrote a book more than 40 years ago called You Win With People. The school he’s most famous for coaching, Ohio State, still does that, as Columbus Dispatch

By Brian L. Meyers, Special To The Dayton Jewish Observer Late in 2011, the Ohio State Buckeyes football program learned it faced a ban from 2012 post-season play because of student improprieties and a staff cover-up in 2010. That scandal also resulted in hiring a new coach for the team: Urban