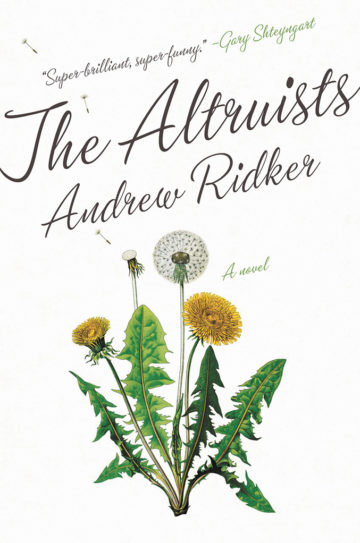 By Talya Zax, Forward Andrew Ridker was writing about Jewish novelists before he became one. I know this because we were college classmates, and I read a fair portion of Andrew’s thesis on Philip Roth. Now he’s published his debut novel, The Altruists, set partially in St. Louis, the city