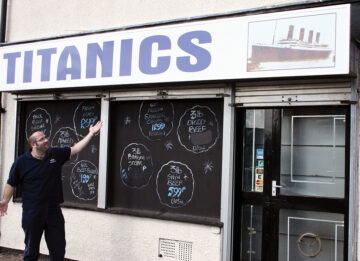 By Marshall Weiss, The Dayton Jewish Observer Manchester, England is home to an estimated 20-30,000 Jews, roughly 40 percent of whom keep kosher. Three of the community’s six kosher butcher/delicatessen shops are run by Richard Hyman and his wife, Joanna. The 99-year-old family business, known to locals as “Titanics,” was